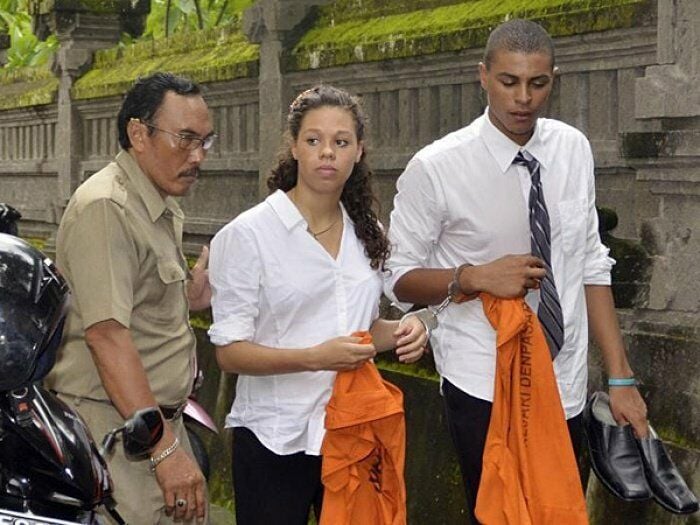 Mack was serving a 10-year sentence in Indonesia for the murder of her mother, but was approved to be deported after the woman was released from prison after a 34-month remission for good behaviour. But, Mack is now being indicted on murder conspiracy charges in Chicago and was taken into federal custody upon arriving via an American Airlines flight.

Her arrest and charges were controversial as many disagreed on the laws surrounding ‘double jeaopardy,’ which is an American law that bans someone from being prosecuted for the same act twice. But since the criminal act involved 2 countries, both with their own laws and own jurisdictions, the waters become a bit murky as to what charges she can legally face upon being deported back to her native country.

Barbara McQuade, a University of Michigan law professor and former prosecuting attorney, says it is a federal crime to kill a US citizen abroad.

“The US government is a different sovereignty than the government of Indonesia.”

But Mack’s attorney says that US prosecutors just want to “pound her into the cement” by bringing on a new case against her. McQuade, however, says a US judge could give her credit for time served if she is convicted.

“Maybe a judge is very sympathetic. A judge may not give her any more time, saying 7 years was enough for the American woman. 7 years also strikes me as quite lenient for a carefully plotted murder of a U.S. citizen.”

Jason
Yes....the long arm of the law, really is that long!

Police to crack down on politically motivated crimes during local elections