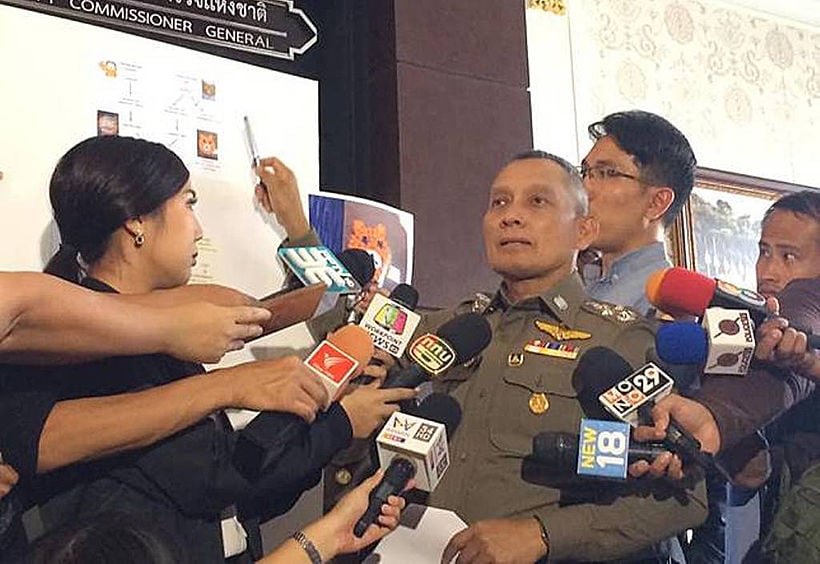 Following last week’s fine from someone calling themselves a ‘copyright agent’ (in that case the use of Japanese cartoons on Krathongs for today’s festival), more than 300 people in Bangkok alone say that have faced payment demands from other alleged “copyright agents.”

Vendors already fined by such agents are seeking the Justice Ministry’s help to countersue and get their fines back. A lawyer has submitted their requests to the Justice Minister, according to the Bangkok Post.

The lawyer claims that many were arrested in sting operations, detained and pressured to pay 30,000 – 100,000 baht each.

“Some were selling genuine products without packaging and others sold secondhand products featuring the Japanese cartoon characters.”

The vendors took action after learning about the extortion of a 15 year old schoolgirl (known only as “Orn,”) in Nakhon Ratchasima, by a man and woman who ordered krathong floats online featuring protected characters.

“When they learned that legal loopholes were abused in this case, they got together to file complaints, since they faced similar actions and the people behind it could be connected,” according to the lawyer.

Two complainants who arrived with the lawyer said “agents” had demanded 50,000 baht from each of them, but the fines were later negotiated down to 10,000-15,000 baht.

The teenager in Nakhon Ratchasima was fined 50,000 baht, but relatives reduced it to 5,000 baht. She and her family have received threats since exposing her case. The Justice Minister has promised protection.

The national police chief says Orn’s krathong did not violate any copyright, and the copyright holder has confirmed that the characters on her floats did not resemble theirs.

Even if they had looked alike, the girl would have received notification and warnings before being arrested, according to the police chief.