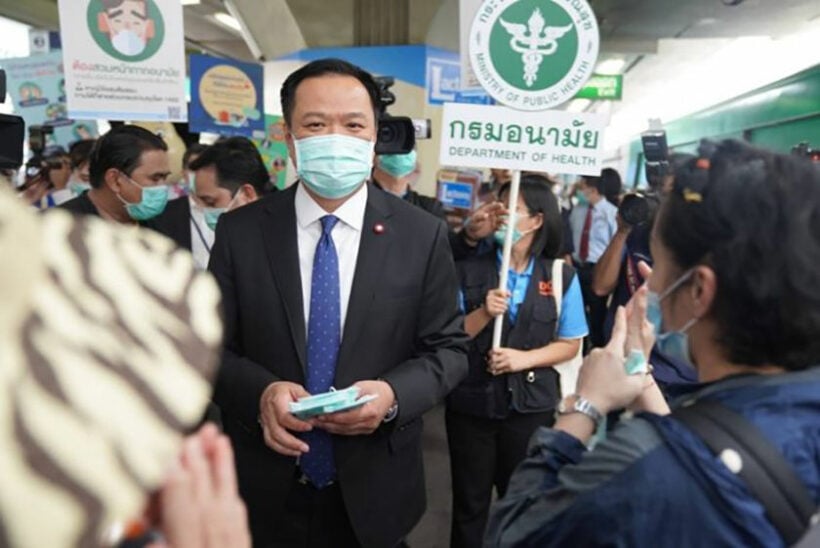 Thailand’s colourful and often provocative Health Minister says he’s sorry for removing his face mask while attending an event at the US Embassy in Bangkok. Anutin Charnvirakul admits he has not been a good role model, saying he shouldn’t warn others about letting their guard down while becoming complacent himself.

The minister was attending an embassy event to celebrate America’s Independence Day, when he removed his mask for photographs. A report in Thai PBS World says he was not alone in doing so, as several other officials also removed their masks. The minister says he has learnt his lesson and won’t do it again, urging the public not to repeat his mistake.

It’s not the first time Anutin has come in for criticism for ignoring safety regulations aimed at keeping the Covid-19 virus suppressed. Last month, he was seen dining with other government officials, with no social distancing in place.

In March, in the early days of the crisis, he caused outrage by accusing foreigners in Thailand of spreading the virus through a refusal to wear face masks. Describing tourists and expats in the country as “dirty farang “, his comments are blamed by many for a wave of xenophobic sentiment among some Thai nationals.