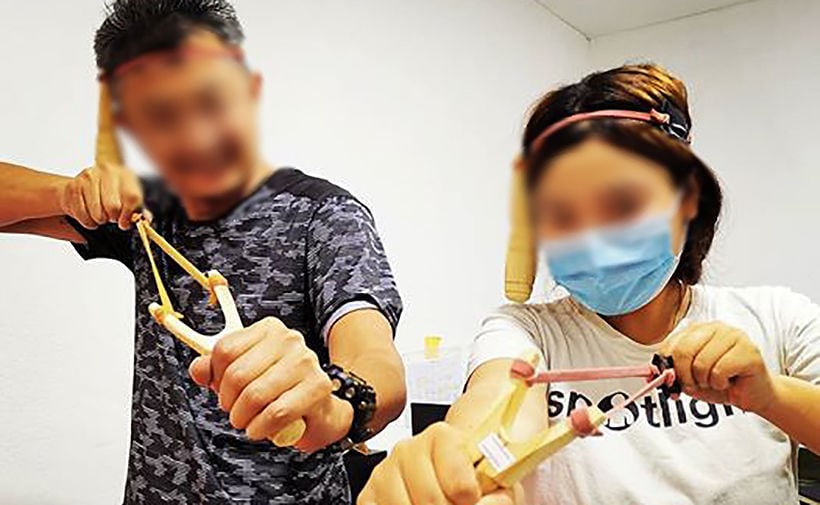 Following up from yesterday’s report there has been no action taken to remove a Facebook page advocating violence against “shit tourists” stranded in Phuket. ‘Spotlight Thailand’, usually a ‘whistleblower’ for local corruption and fuelled by the admin’s political views, has nearly 600,000 followers.

Now this week’s posts are going viral, spreading a disturbing message from local Phuket ‘vigilantes’, commenting about the original post, that is likely do irreparable harm to the holiday island’s reputation as a safe place to visit in the future. The posts advocate violence against tourists, the ones still stuck on the island, who have been venturing out during curfews or not wearing face masks, and asks followers to take matters into their hands. The thrust of the campaign is that the tourists are ‘partying’ whilst the local Thais suffer.

The posts, perhaps intended as a bad joke, incites local Thais, disgruntled with losing their jobs and being cooped up during curfew hours, to take matters into their own hands and use a slingshot and rocks to ‘pick off’ tourists if seen outdoors.

The disturbing posts, shared and liked thousands of times, started on Monday. The Facebook page posted photos of ‘farang’ tourists driving around or visiting Phuket locations in a ‘shame file’, and calling the page’s followers to shoot them with slingshots.

Followers responded with photos, armed and ready with their own slingshots. There was also, mostly, overwhelming support in the comments under the posts, for the direct citizen action. There were also many detractors of the posts, deriding the author’s and their vivid images of people with slingshots.

The general theme of the comments is that ‘white’ or ‘farang’ tourists are responsible for bringing the Covid-19 scourge to Thailand and, therefore, responsible for the economic pain and hardships they are enduring.

This makes me pity myself and my eight employees. We’ve been indoors since March 18, none of us going outside except to get supplies for the 9 of us at Makro. We run a massage shop at Patong, Meanwhile the tourists are having fun.” 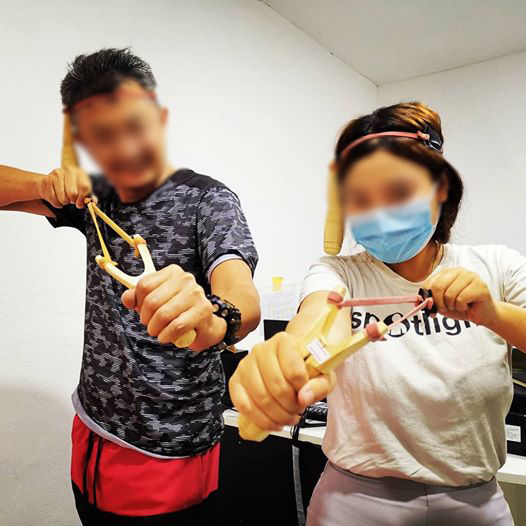 Complaints have been made about the page’s posts to local consulates, the Phuket Governor, and copies of the posts sent to police and government officials in Bangkok. The Thaiger has received hundreds of messages from concerned local expats and worried tourists who have ended up stranded on the island.

One local hotelier called The Thaiger and said that the few tourists they have left at their resort (who were resident before the order to close Phuket’s hotels) said they were “very worried” and were astonished that the locals would want to fire rocks at them.

A consular official contacted us and confirmed they had made representations to Phuket’s Governor about the posts.

The localised outrage and suspicion against ‘farang’ (caucasian westerners) comes weeks after Thailand’s Health Minister, Anutin Charnvirakul, was captured on video threatening to kick out “damn farangs” for not wearing facemasks (when offered to them at a PR event at the Siam BTS station in Bangkok).

He later described Western tourists as “dirty”, asserting that they “never showered” on Twitter. The tweets were deleted but not before they had been shared thousands of times and reported in media around the world.

Thailand, like every other country at the moment, is on ‘pause’ as it battles the Covid-19 gremlins but, at some stage, will re-open and want to welcome back tourists. Tourism accounts for up to 17% of Thailand’s GDP. In places like Pattaya and Phuket, it’s almost the sole driver of the local economies.

These posts, and the simmering anti-foreigner tone, calling on public outbursts of vigilantism, whether intended as a joke or not, will do little to help attract the tourists back to places like Phuket that survive on tourist patronage, and their dollars.

The Thaiger has reached out to the person behind the posts (we’ve interviewed him in the past) but have not yet had a response to our requests for comment.