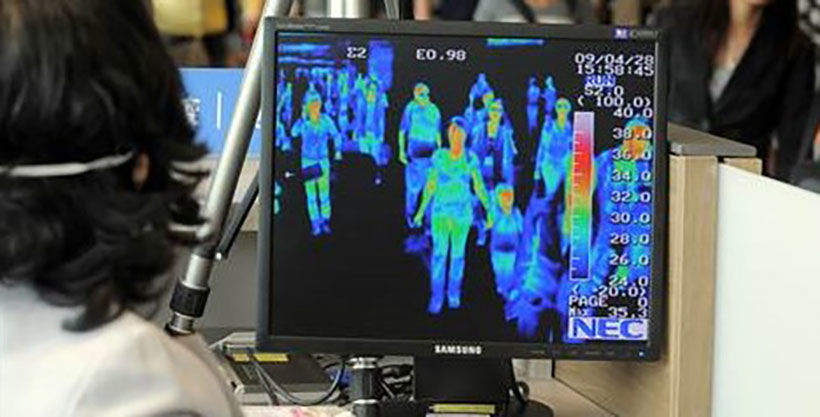 For anyone who’s noticed their body temperature varying from store to store (The Thaiger has registered a temperature that would indicate hypothermia on more than one occasion), there may be a solution in the not-too-distant future.

Two of Thailand’s top technology agencies are working together to develop a thermal facial scanner which it’s hoped will be able to provide the temperatures of several people simultaneously. The National Electronics and Computer Technology Centre and the National Science and Technology Development Agency are collaborating in the design of the catchily-named “U Therm-FaceSense”, a compact device to gauge temperature from a distance of 1.5 metres, even when someone is wearing a face mask. Results are displayed in a tenth of a second.

It’s hoped the device can be used at shopping malls, schools, hospitals, bus and rail stations and other high-traffic spaces. The developers say the scanner will be priced affordably and they are working on having the first 40 units ready for use shortly. It’s hoped the innovation will reduce Thailand’s dependency on similar imported products.

Bars, massage parlours may be be allowed to reopen in Phase 4