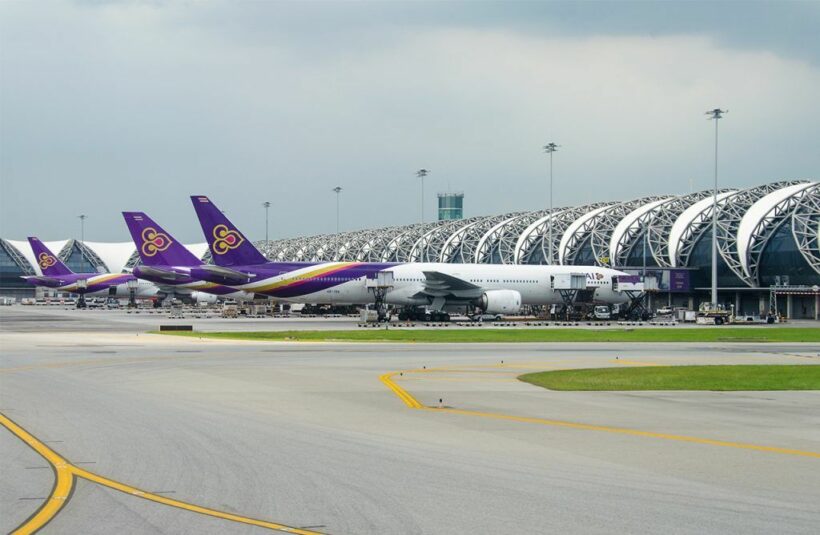 Struggling national flag carrier Thai Airways is seeking government support in 4 key areas, including negotiating with foreign creditors and renegotiating contracts with other state enterprises. The director-general of the State Enterprise Policy Office said yesterday that the airline is seeking state help after the Central Bankruptcy Court accepted its request for rehabilitation.

The airline also wants the government to examine its time slots in order to boost its competitiveness and that of its alliance airlines, according to the director-general, who is also secretary of the government committee formed to follow up on the airline’s rehabilitation plan. The committee is chaired by Deputy PM Wissanu Krea-ngam, who has announced publicly that the beleaguered carrier won’t fly again until at least the end of this month.

A spokesman said the national carrier wants the government to coordinate negotiations with foreign creditors, as it wants them to accept its rehab plan under Thailand’s Bankruptcy Court. The company also wants the government to help renegotiate financial dealings with other state enterprises, such as Petroleum Authority of Thailand and Airports of Thailand. Now that the Finance Ministry has dropped its stake in the airline below 50%, Thai Airways has lost its state enterprise status and wants to revise contracts it made with state agencies.

Meanwhile, the deputy agriculture and cooperatives minister said the 86 savings cooperatives involved need to find common ground when it comes to the 43 billion baht the airline owes them. Of the 86, 85 invested in the airline’s debentures and 1 bought shares.

The carrier carries a total debt of 300 billion baht, and the minister warned that if the cooperatives don’t stick together, they may not get reasonable compensation as foreign creditors may take all of Thai Airways’s assets.