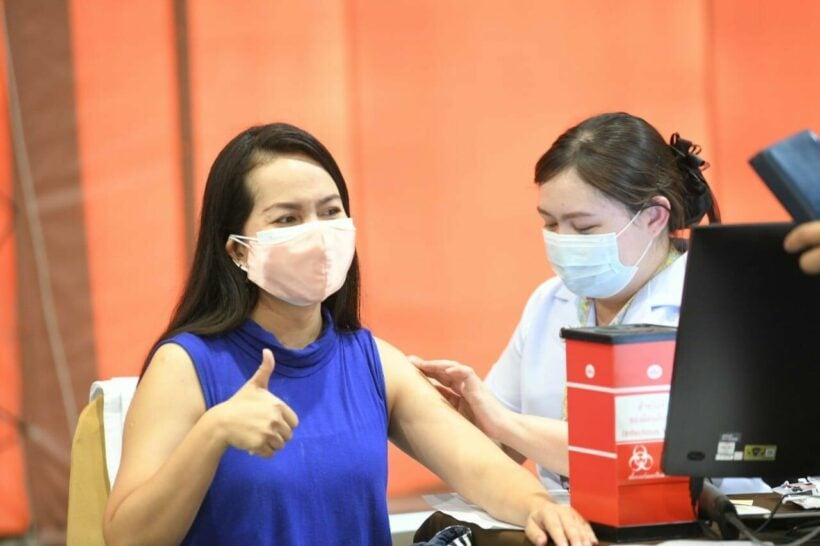 A spokesperson for the Thai government says the vaccination rollout is going “according to plan”. The spokesperson, Anucha Burapachaisri, made the statement today.

Anucha says the rollout has reached the government’s target. He says the total amount of people that were vaccinated in the first week of mass vaccinations, from June 7 to June 17 was 1,865,190.

The spokesperson also says that Thailand comes in third in ASEAN for the amount of Covid-19 vaccinations.

Earlier, the Thaiger reported that a vaccine registration website was back up for ex-pats. The site had a data leak that included personal information such as passport numbers.

Yesterday, the CCSA admitted that they had run out of vaccines. They did reassure the public that they would resume registrations and vaccines as soon as they got the vaccines. Their optimism did not include a solid timeline.

The Thaiger also reported yesterday that, in the midst of the rollout going according to plan, government agencies were blaming each other, deflecting the blame for the confusion swirling around the rollout. News, the spokesperson may have missed.

Stardust
Wow that the vaccines out of stock is the plan of the Thai government?!

King Cotton
12 minutes ago, dimitri said: Have you ever heard the Thai government say that it made a mistake? Good question for which everyone will have the same 'no' answer! Hi, dimitri and welcome to T-T Feel free to tell us…
Keith
They Planned this???????

King Cotton
17 minutes ago, Keith said: They Planned this??????? Yeah, a perception of many a thousand folk, including me, and probably Thais especially; all asking the same question: 'Why and how could Thailand's rollout have been so slow?' Hello, Keith and…