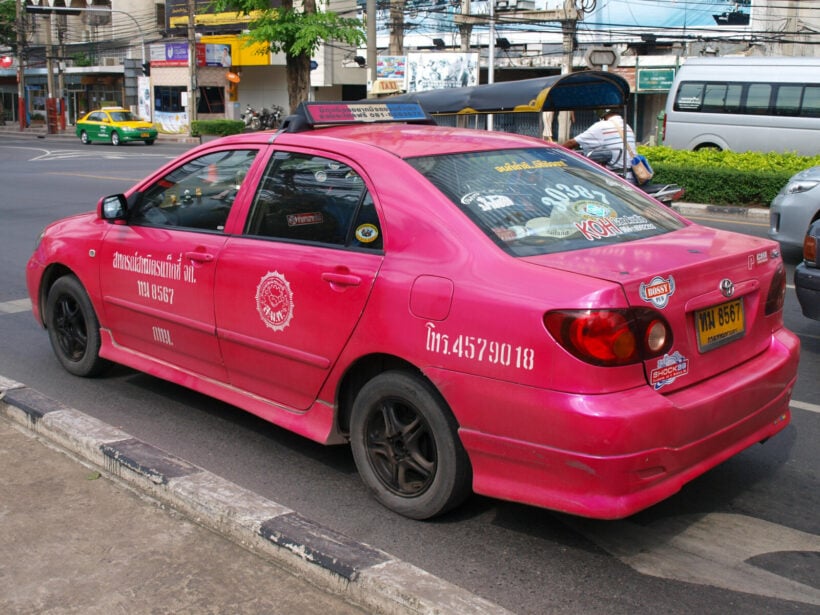 A taxi driver that attacked a woman standing at a bus stop has been arrested on assault charges. He was arrested yesterday and brought to the Phra Khanong police station, a district in Bangkok.

Allegedly, the taxi driver approached the woman at the bus stop, pulled off her face mask, and threatened her with a stick. 46 year old Nana Meebotsom has been identified as the alleged assailant. The victim says she had never met Nana before. His alleged attack left marks on the victim’s neck.

Thai media says he has attacked other strangers, too. They say he has threatened other drivers for cutting people off in traffic. Also, with a stick. They did not report whether it was the same stick or if he obtained a different one.

Police say he has a history of attacking women at bus stations.

The police also say he has been in prison twice. The first stretch came in 2016 for theft in Pathum Thani. He was put away for 3 months.

Then, he did 2 years in 2019, again for theft. The police say he left prison last March