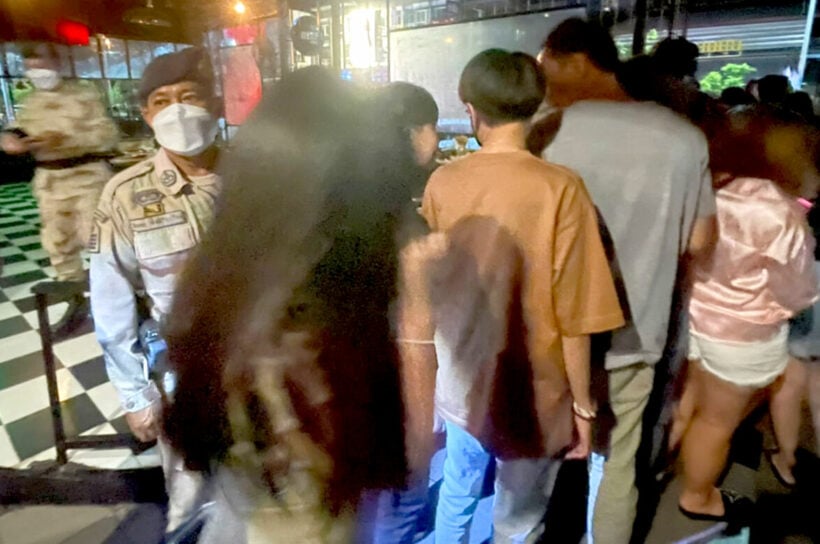 In the northern province of Nakhon Ratchasima, 39 people were arrested as police raided a restaurant breaking several Covid-19 rules and restrictions. The raid took place last night in Muang district at around 10:30 pm.

Health and administrative officials accompanied the police to the Lamer Restaurant & Karaoke on Sirinakhon Road where they found 28 customers inside and 11 staff members operating the restaurant in violation of the emergency decree and the provincial disease control order.

The province is currently under a 10 pm curfew where all residents are forbidden from leaving their home between 10 at night and 4 in the morning, so all the customers at the restaurant were in violation of curfew and the restaurant was required to close by 9 pm.

Aside from the time issue, live music was being played in the restaurant and employees were mingling and sitting with customers in a way that police interpreted as operating as an entertainment venue more than a restaurant.

The establishment was also selling alcohol while the sale and consumption of alcohol in restaurant premises in the province is forbidden.

All 28 customers and 11 staff members were taken into custody and transported to the Pho Klang police station for a range of violations of the prevention of disease control order and emergency decree.

The list of charges includes violation of curfew, dine-in services after 9 pm, sale and consumption of alcohol in a restaurant, employees mingling with customers as an entertainment venue, and hosting live music.

The manager of the restaurant was not on site when the police raided, but he did turn himself in to the police after the incident.

DoUKnowWhoIAm
"employees were mingling and sitting with customers in a way that police interpreted as operating as an entertainment venue more than a restaurant." Were the Cambodian lady employees wearing anything, accept masks😍?  I can almost hear Joe Crocker sing: You…

palooka
In their defence time does get away from you when you have food, booze, music and girls.

Rain
17 minutes ago, palooka said: In their defence time does get away from you when you have food, booze, music and girls.   And most are becoming weary of all the restrictions of every colour.