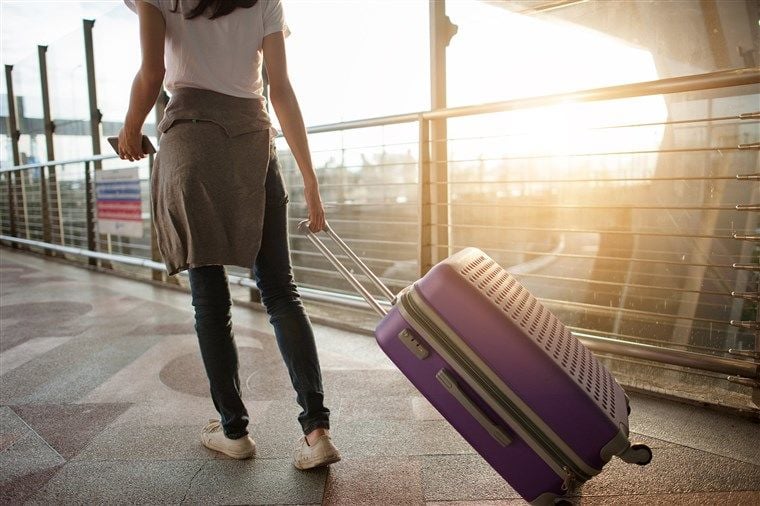 It’s been 10 months since the first murmurings of a novel coronavirus emerged in China. Since then there’s been an unprecedented effort to control or contain the disease by governments around the world – some more successful in their efforts than others.

Covid-19 has also had more words written about it, more conspiracy theories and more debate than any other disease in human history. 2020 will go down in history as the year of the Covid-19 pandemic. (What will it end up being called? The Great Pandemic? The 2020 Pandemic? The China Flu?… tell us your ideas in the ‘comments’ below)

The re-opening of Thailand’s borders began back in July after a 3 month ban on international travel. But it’s still a difficult process and remains impossible for many. Tim Newton shared an opinion, what’s yours? Please complete the survey below too so we can share your views.

“Just a year ago, you’d book a flight, book a hotel, and probably arrive at a Thai airport and get a visa-on-arrival stamp in your passport. A few hours later you were sitting on a beach sipping colourful drinks out of tall glasses.

The easy to organise and relatively simple trip to Thailand is now an impossibility for most people who still have the time or chance to travel. Covid-19 has changed everything and, with such an economic reliance on tourism, poses a critical threat to Thailand’s chances of short to mid-term recovery.

At this stage it is a mind-numbing challenge to come to Thailand, unless you have very deep pockets, an urgent need, or fall into a smattering of categories currently allowed by the Thai government.

Even if all that applies to you, there is an almost endless number of hoops you will have to jump through to be approved for travel to Thailand right now.

At the moment the Thai government only recognises certain visa types to re-enter the country. But even if you are eligible in theory, there are limited entries of people allowed back into the country.

For example, the holders of Thailand Elite visas have been ‘officially’ able to re-enter the country since the start of August. But in practice, according to a source at Thailand Elite, not more than 50 people have actually successfully returned up to date.

Around the world, the information from Thai embassies is also difficult to pin down. Different officials, in different countries, provide conflicting information about the same visa products.

But the sticking point still seems to be the mandatory 14 day quarantine period at a state approved facility. This includes government approved hotels as well, but these hotel quarantines aren’t cheap. And of course, you’re cooped up in a room with little access to outside activities during that time.

Even the newly launched Special Tourist Visa is very special indeed. Applicants require plenty of cash and have to have the intention coming for at least 90 days.

But when you add the compulsory health insurance, only provided by Thai companies, doing all your bookings through the government’s private travel company Thailand Long Stay, flying on specially chartered flights, etc etc, the costs start to stack up. And you haven’t even bought a beer or had a massage at this stage!

The first attempts to bring in a batch of special tourism visa applicants, reportedly a plane load from Guangzhou, in southern China, has been a complete botch job and clearly will need a lot of refinement before it is taken up by a broader traveller base.

To call this ‘tourism’ is a misnomer. The dribble of high spenders, people prepared to fill out all the paperwork, and pay for the pleasure of coming to Thailand, will do nothing for Thailand’s broader tourism industry. It certainly won’t do much to re-open the 1000s of shuttered hotels. Tens of 1000s of other businesses, connected to the Thai tourism juggernaut, remain in tatters.

Even if you’re a tourist, with the best intentions to visit ‘safe’ Thailand’, officially free of Covid-19, what precisely are you going to do when you get here? If your intention is to head out on an island tour or hit the red light districts, you’re probably going to be disappointed.

There are few tours running right now, the red light districts – at least in Phuket, Samui and Pattaya – are not very ‘red’, and many hotels, again in the popular tourist zones, remain shut. Ok there’s still plenty to do and you’ll probably be able to get some great bargains with eager hotels and taxi drivers. But the ‘Thailand’ you were probably expecting is not currently operating.

Some of the places you’d really like to visit may be inaccessible for now, or not even open.

At some stage, hopefully sooner rather than later, the Thai government will have to re-open its borders and find a way to ‘manage’ the Covid-19 situation rather than remain in a travel bubble of its own making. The longer the government doesn’t re-open to something akin to general tourism, the harder it will be to re-boot the former Thai tourism powerhouse.

You would think with a compulsory wearing of face masks, some diligent respect for social distancing and constant reminders of good hygiene and hand washing, most of the risk factors for Covid-19, can be mitigated. Testing before travel and upon arrival also provides an extra level of defence. There are well established ways to avoid a virus beyond the blunt tool of simply closing borders.”