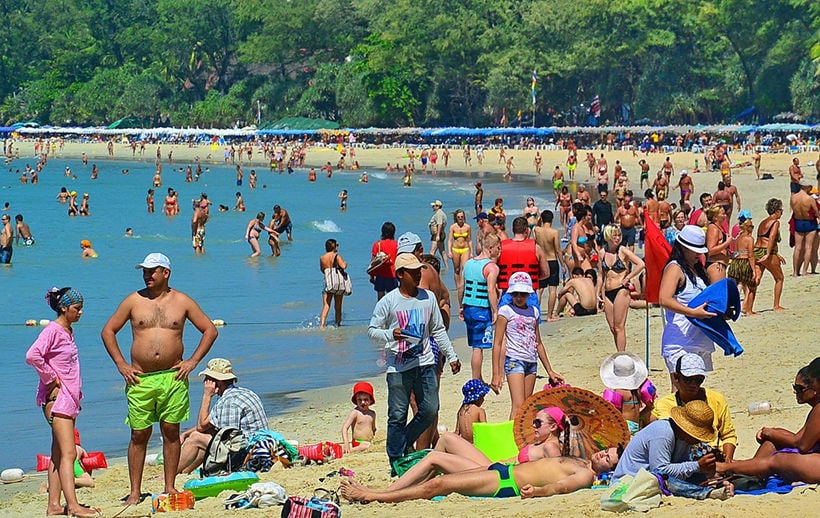 “Lockdown” is a word that’s being bandied about with abandon these days, but it’s actually a bit misleading. It’s a noun of North American origin defined as “the confining of prisoners to their cells, typically after an escape or to regain control during a riot.” To say that parts of Thailand or any other country are “under lockdown” is to basically define us all as inmates.

No part of Thailand has been under lockdown – a nighttime curfew and travel restrictions, yes. Even the areas with the strictest measures in place to limit the spread of Covid-19, like the southern island province of Phuket, which has prohibited travel between its 17 subdistricts or tambons, still allows people to move about within their own communities to buy food and necessities outside of curfew hours.

Now a handful of orders, dated last Wednesday, but which were only publicly posted after 8:30 on Saturday night, have confirmed that that the “Phuket Lockdown” will end on April 30. The orders, signed by Phuket’s outgoing governor Pakkapong Tawipat, can be seen here can be seen HERE.

Some restrictions were originally slated to end on April 26, but in its summary of the orders, the Phuket office of the Public Relations Department emphasised:

Also mentioned in the latest orders is that all private kindergartens and nurseries are to remain closed, and that construction may continue, but contractors may only use construction materials that are already on site and are not allowed to move new materials to their worksites.

The situation remains fluid and we still don’t know if the Airport will be fully re-opened (and if so, will there be any flights anyway), if we can cross Sarasin Bridge, what shops will be re-opening and what restrictions will remain to limit our movements. We will publish all the latest information as it becomes available.

As is standard, the orders reminded all persons that violations of restrictions issued under the Emergency Decree will incur a penalty of up to a year in prison and/or a fine of up to 100,000, baht.

Phuket reported no new Covid-19 cases for a third consecutive day today; 1 case was reported on Friday. 1 more person was discharged, leaving 64 patients still in hospital out of 192 total confirmed cases since the outbreak began. Phuket has had the highest rate of infection in Thailand, although the recovery rate there is around 70%.