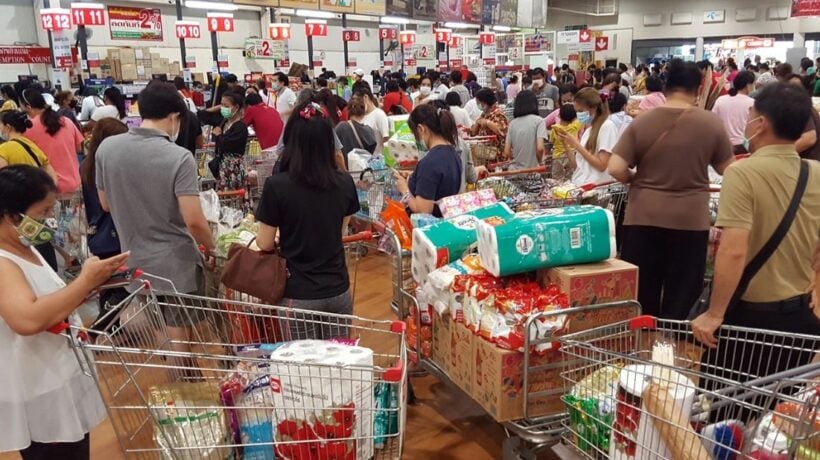 All our Covid-19 coronavirus news HERE.

Thailand has recorded 827 cases since January, 106 people identified yesterday (Tuesday). 4 people have died in Thailand as a result of Covid-19 infection. The Thai PM yesterday announced an Emergency Decree which comes into effect tomorrow (March 26) which includes curfews, closures, travel restrictions and strict controls on the media and social media, regarding the dissemination of “fake news” and “conspiracy theories”. 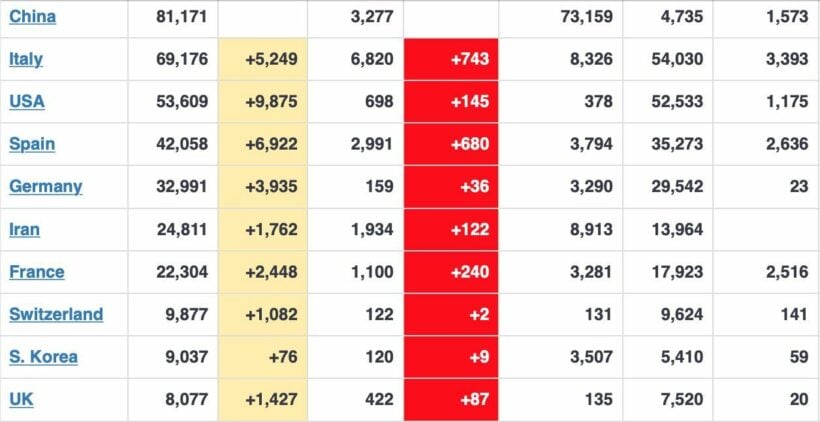 Snippets of news from around the world…

Why are more men dying than women from Covid-19?

Smoking, drinking, general poor health? Clinical researchers believe these are some of the factors that could explain why more men appear to be dying from Covid-19 than women.

A team of researchers at the Italian National Health Institute say that in countries, such as Italy, men represent nearly 60% of people who tested positive for the virus and more than 70% of those who have died. Even in countries like South Korea, where the proportion of women who have tested positive for the virus is higher than that of men, about 54% of the reported deaths are among men.

Australians have been banned from travelling overseas. Aussie PM Scott Morrison’s wide-ranging new restrictions also include a shutdown of all weddings, funerals, and birthday parties. He says the coronavirus had forced one of the “toughest years” on Australians, adding: “these are heart-breaking events in our nation’s history and story.”

There have been 2,317 confirmed cases and 8 deaths.

“The decision to ban overseas travel is aligned with Australia’s upgraded Level 4: do not travel and comes under the Biosecurity Act of 2015.”

London’s Mayor Sadiq Khan has responded to government criticism over London’s tube network running a reduced service amid the Covid-19 outbreak. He has told the media that “Transport for London is operating the maximum number of tube services it can, while maintaining safety”.

“We’re running the maximum tubes we can, as safely as we can. That roughly means that there are 55% of the tubes running.”

Videos have emerged of London’s crowded tube services and packed train stations, despite the virtual lockdown imposed by the UK government on Monday.

Turkey’s coronavirus death toll has reached 21, an increase of 12. The number of confirmed cases has also risen by 277 to 947. A total of 2,953 tests were conducted in the previous 24 hours, according to the Turkish Health Minister.

First known juvenile death from Covid-19 in the US

A person under 18 has died from coronavirus in the Los Angeles County, USA, becoming the first known juvenile in the US to die after contracting the coronavirus. The LA County Department of Public Health says the cases was one of three new coronavirus deaths in the county.

Spanish coronavirus patients are escaping from hospitals before being cleared by doctors to go home. Officials say the inpatient patients are putting many peoples’ lives at risk. Police say officers were having to be sidelined from the frontline to hunt down the absconders, pledging to hunt them down and force them back into quarantine.

A 2 month old boy in Australia has tested positive for coronavirus. He was tested after coming into close contact with a confirmed adult case. He is believed to have minimal symptoms and is isolated at home.

A 31 year old from Mexico has become the first person in a US immigration detention centre to test positive for coronavirus. US Immigration and Customs Enforcement revealed he was being held at Bergen County Jail in Hackensack, New Jersey, when they tested positive. T

“They have been quarantined and are receiving care at an undisclosed location.”

New York City is initiating a pilot program of closing two streets per borough (district) for outdoor exercise and for people to get fresh air.

NY Mayor Bill de Blasio says the city is aiming to get these sites closed to traffic and open to city residents by Thursday.

“Every site will have authorities who will enforce social distancing policies. For now, playgrounds and parks remain open in the city, but the city is working with state and local officials to maximise education and enforcement.”

Officials say they will monitor the situation until Saturday evening, and then decide whether residents are adhering to social distancing policies well enough, or if they will need to close playgrounds.

5 people who were bloody amazing during “self-quarantine”