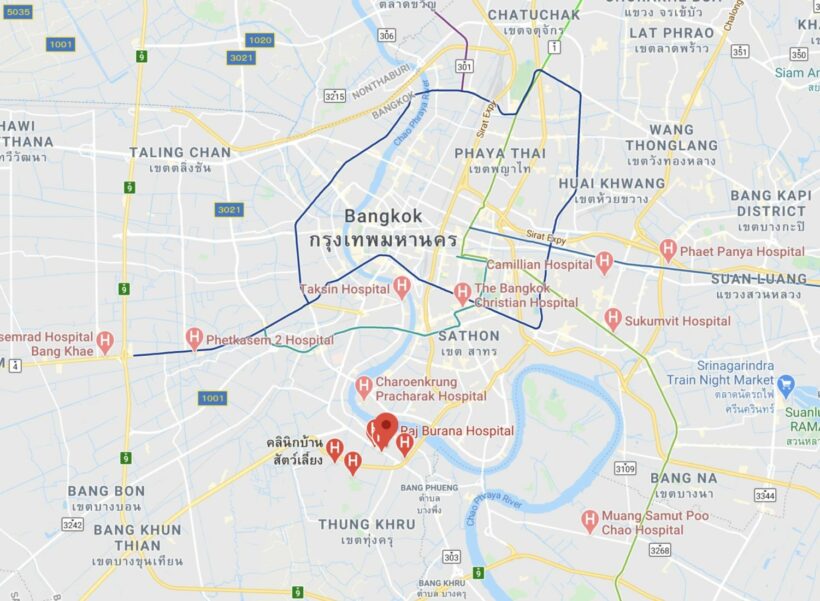 The chief of Thailand’s Disease Control Department is quashing Thai media reports of a south-west Bangkok resident being found to be infected locally with Covid-19. A media conference was hastily convened this morning to clarify the reports in some Thai media overnight.

A CCSA spokesperson reported that a hospital in Raj Burana, a district on the west banks of the Chao Phraya, south of Bangkok city, reported a 31 year old woman as a possible new Covid-19 case. He says that, on Monday, the “woman developed pneumonia and her doctor suspected Covid-19”. Her nasal swab was sent to the King Chulalongkorn Memorial Hospital and had tested positive for the disease. But her phlegm test came back negative, according to the Bangkok Post.

“She had suffered from diabetes in the past and was admitted to the hospital on June 30 with swollen limbs.”

Now samples of her phlegm are being re-tested. At this stage the new tests have also come back with a ‘negative’ result. The woman’s husband has been quoted as saying that “she had no record of possible Covid-19 infection”. He’d spoken to medical staff and said that the factory where the two of them worked, no-one had come back from abroad or was new to the factory. All employees had health screenings each day before work.

The CCSA sure now saying that it’s been concluded that the patient is not a Covid-19 case. Just to to be sure, a newly developed test of Covid-19 is also being applied to the woman as a triple check.

DCD officials are also testing other members at the Raj Burana Hospital as a precaution.

The Thai government is keen to quell the public’s fears over possible new outbreaks around Bangkok and Rayong following 2 high profile incidents this week. Yesterday the Thai PM called for ‘calm’ and the CCSA have been clarifying the situations in each case. Meanwhile, precautions are being taken to mitigate any new possible flare-ups of the coronavirus.