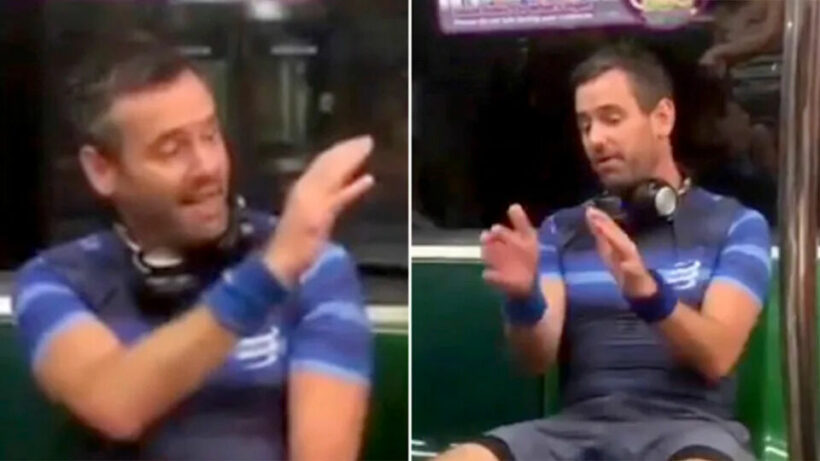 A British man has been sentenced to 6 weeks in a Singaporean jail following his appearance on a train without a mask, and his harassment of police. Singaporean officials confirmed the man’s jail term today. As the man already served time in jail for the offence, he will be deported from the city-state instead of serving more jail time.

40 year old Benjamin Glynn was arrested after footage caught him maskless on a train in Singapore last May. The incident went viral. Benjamin was reportedly uncooperative when police came to arrest him. He also declined to wear a mask during a court appearance in July.

In court, Benjamin reportedly went into a rant and characterised the proceedings as “preposterous”, “disgusting”, and claimed masks are not effective against curbing the spread of Covid.

Yesterday, the mask-opposed Brit was convicted for breaking Covid rules, his behaviour towards police, and causing a public nuisance.

Benjamin’s jail sentence has been backdated to July 19 when he was initially remanded. The Straits Times says Benjamin will be deported as he has already served two-thirds of his sentence.

The UK man previously worked for a Singaporean branch of a British recruitment company since January 2017. Benjamin was arrested a few weeks before he was set to go back to Britain and start a new job.

In June 2020, 4 British men were banned from working in Singapore after reportedly going on a pub crawl that broke Covid rules.

gummy
6 hours ago, Soidog said: There’s a whole lot of assholes, full stop in the world. 😂😂 And from all account's around 10% like it just like that 😉
HiuMak
34 minutes ago, Rain said: White Man's Burden... This is way off topic. What has this news gotta do with racism. Just obey the bloody rules when you are in a foreign country, else face the consequences. If you don't…