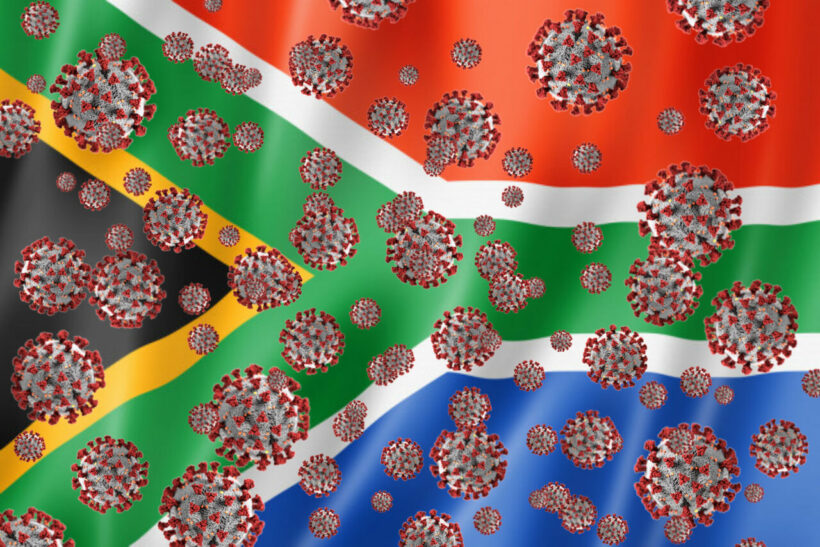 FILE PHOTO: The B.1.351 ("South African") variant was found in domestic transmissions in Thailand for the first time yesterday.

Like the world’s most morbid bingo game, Thailand can mark off B.1.351 on its Covid-19 scorecard. The strain of Coronavirus, sometimes called the South African variant, has been detected in undocumented migrants working in the southern province of Narathiwat. After studying samples collected May 13 from the cluster in the Tak Bai district, the Covid-19 Network Investigations group and independent scientist uncovered the strain for the first time in Thailand. This variant is worrisome as it affects human immune response and can lower the efficacy of most vaccines.

The scientist explained the spike mutations can dampen the immune response from Covid-19 in humans, and while it does not completely negate vaccines, it may require a higher percentage of the country to be vaccinated before herd immunity is possible. The group of scientists, who reported these findings yesterday to the Public Health Ministry, has been working with the Thai government throughout the Covid-19 pandemic studying genome sequencing in the virus.

The B.1.351 strain had been seen once before in Thailand. On February 15, while testing international travellers upon arrival in Thailand, the South African variant was found in a man who had travelled to the country from Tanzania. he was immediately quarantined as his mandatory upon arrival anyway.

The strain was not thought to have made it into Thailand at all. But yesterday’s discovery marks the first domestic transmission of the dangerous strain. Identifying the so-called South African variant outside of arrival quarantines suggest that it is already spreading inside the Thai borders, according to the head of the Centre for Emerging Disease Health Sciences at the Faculty of Medicine at Chulalongkorn University.

Thailand’s first 2 waves of Covid-19 were relatively mild compared to the rest of the world, but the third wave has spread quickly in part due to new variants being introduced domestically. It is estimated that 87% of current Covid-19 cases in Thailand are the B.1.1.7 variant (the so-called UK variant), and at the beginning of this month, the P.1. variant originating in Brazil was detected in Thailand for the first time. Just 2 weeks ago, the first confirmed cases of the B.1.617.1 variant (commonly called the Indian variant) were seen in quarantine, though this week it was detected for the first time in domestic transmission.

The South African originating B.1.351 variant could create a new complication in Thailand fight against the deadly third wave of Covid-19, a wave much more widespread and prevalent than anything the country saw since the beginning of the pandemic, as the push begins to vaccinate everyone in the country.

AussieBob
Unfortunately it is likely that every variant that Covid develops will make its way to Thailand and all other countries.  That is how a virus survives, each time they infect and transmit they attempt to mutate. The spanish flu spread…