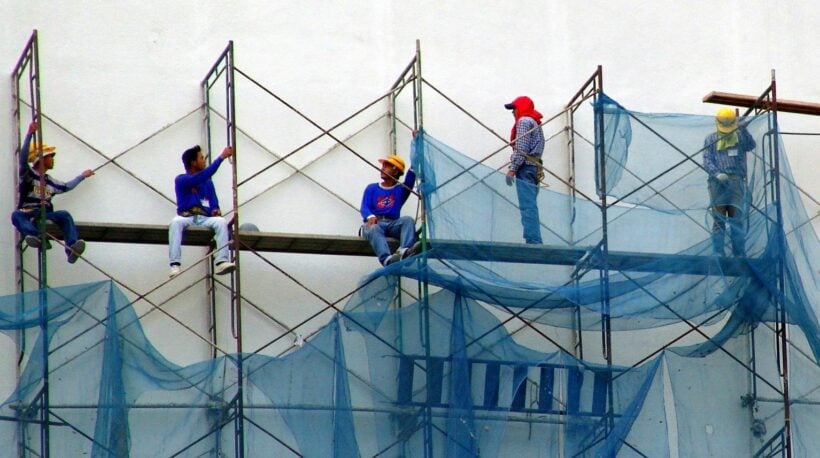 A construction site camp in the Laksi district of Bangkok that had found a Covid-19 outbreak recently has spiralled out of control with over 1,000 Covid-19 infections including the dreaded Indian variant. 66% of the camp workers tested positive for Covid-19, with 36 of the 80 samples analyzed revealing the Indian variant, a strain much more contagious than the original. Officials at City Hall have sealed off the campsite completely for 28 days to try to stop the cluster from spreading any further.

The 1,667 workers will be provided with food and supplies while they are sealed off in the construction camp that was built by the Italian-Thai Development company as on-site housing for a nearby construction project. The 1,107 Covid-19 infected workers in the camp will get medical treatment, with symptomatic patients being moved to hospitals. City Hall is also made decisions to seal off campsites in and around construction sites, though if the camp is on-site, work will be permitted to continue.

Until now, the fast-spreading Indian variant had only been found in Thailand in quarantined people just arriving into the country, but this marks the first time the strain, which has been called a “variant of concern” by the World Health Organization, has been found domestically. 21 Thai nationals, as well as 10 Burmese workers and 5 Cambodian workers in the camp were confirmed to have the Indian variant of Covid-19. Many more samples are still being tested, as the Department of Medical Sciences under the Public Health Ministry only has the capacity to analyze the genome sequence of about 55 samples per day.

The Indian variant is feared as it is highly contagious and resistant to some vaccines, though it has not been proven to be resistant to the AstraZeneca vaccine so far. It has also not been shown to cause any more severe symptoms than the UK variant, which 87% of Covid-19 infections in Thailand have.

Contact tracing has been launched to find and test anyone who may have interacted with the workers in the construction camp. PM Prayut Chan-o-cha reiterated the importance of strict Covid-19 prevention measures in the Laksi work camp and others like it and Public Health Minister Anutin Charnvirakul says work may be stopped to continue testing and containment. Vaccinations will be prioritized for residents in the neighbourhood and will begin on Tuesday.