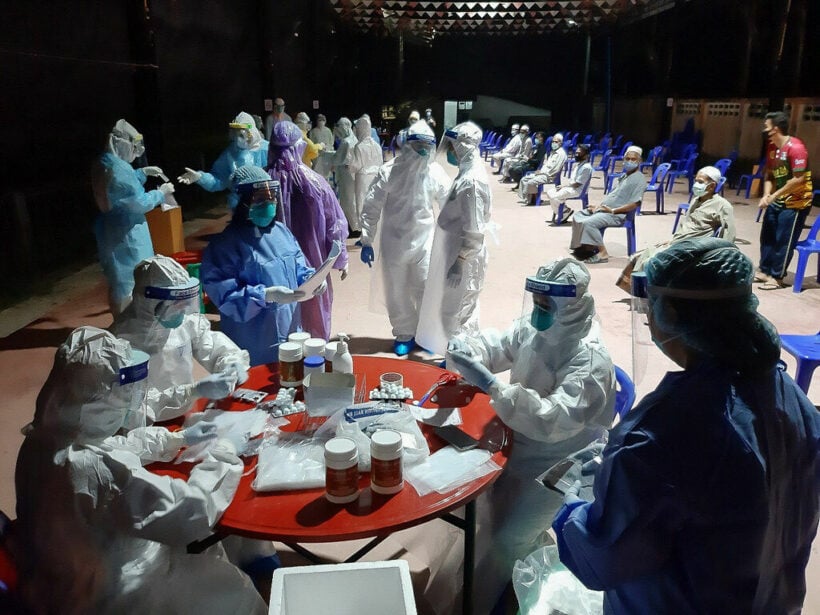 1 new case was recorded among an arrival from the United Arab Emirates, 1 from Switzerland and 1 from Germany. The total amount of infections in Thailand since the pandemic began has risen to 27,154 with 26,299 recoveries and 87 deaths. 768 others are currently undergoing medical treatment in hospitals. 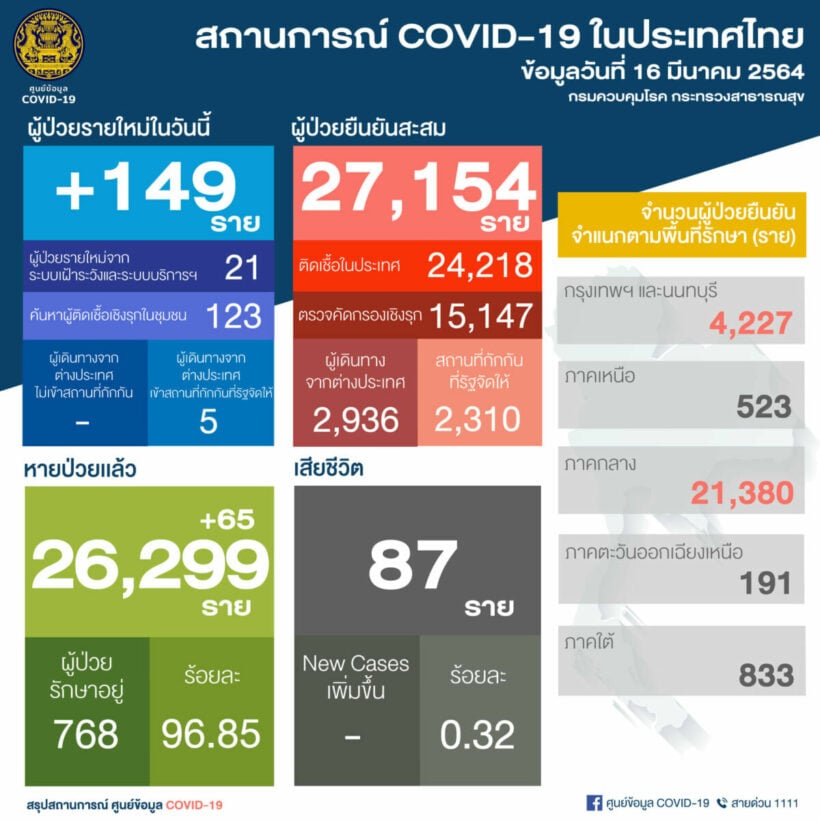 Recently, proactive testing in Bangkok revealed a new cluster of infections in the Bang Khae district, with health officials moving to allay fears of another wave of the virus. Between March 7 and 13, the Bangkok Metropolitan Administration tested 4,046 people at various markets in Bang Khae, with 96 testing positive and the remainder still waiting on results.

Opas Karnkawinpong from the Department of Disease Control says conditions in the markets, many of which have low ceilings and poor ventilation, were favourable to the spread of the virus. He has also highlighted the fact that some workers wore masks incorrectly.

According to a Bangkok Post report, the 96 patients found to be infected were all among 2,335 people tested at Wonder Market. They have all been sent to hospital for treatment. 764 others have been found to be negative, with the remainder waiting for their results, along with 1,711 people tested at the nearby markets of Bang Khae shopping centre, Sirisetthanont, Kitti Market, Talat Mai Bang Khae Market, Phasom Market and Talat Klong Kwang.

Meanwhile, City Hall spokesman Pongsakorn Kwanmuang says that the city’s administration is now ready to give Covid inoculations to high-risk groups. Such groups include those who have 7 types of pre-existing diseases including chronic, severe respiratory disease, heart diseases, chronic kidney disease, stroke, all types of cancer undergoing chemotherapy or radiotherapy, diabetes and obesity. Those high-risk groups that are eligible must be between the ages of 18 to 59 years old. Other high-risk groups include those currently hospitalised in 6 bordering districts of Samut Sakhon province.

To register for the Covid vaccine, visit the Official Line Mor Prom app or any city-run hospital or health centre.