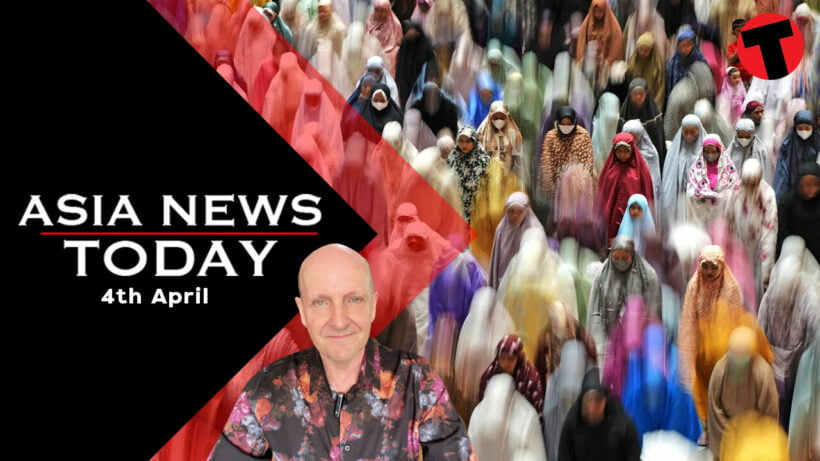 The sister of North Korean leader Kim Jong Un has called the South Korean defence minister a “scum-like guy”, warning that Seoul may face “a serious threat” for their talk about pre-emptive strikes from the north. The comments from Kim Yo Jong’s come during heightened tensions on the Korean peninsula after Pyongyang carried out a rush of missile tests this year, including its first intercontinental ballistic missile launch in more than four years. Last week, the South Korean Defence Minister Suh Wook said South Korea has the ability and readiness to launch precision strikes on the North if they detected an imminent attack. The comments were a particularly unusual stance under former president Moon’s administration to publicly utter such comments. In response, Kim’s sister, said over the weekend… “The senseless and scum-like guy dare mention a ‘pre-emptive strike’ at a nuclear weapons state. She went on… “South Korea may face a serious threat owing to the reckless remarks made by its defence minister. South Korea should discipline itself if it wants to stave off disaster.”Kim Yo Jong, a senior official and rising figure in the North’s ruling Workers’ Party, is in charge of relations with Seoul and Washington.

Whilst the latest variant of concern, the Omicron XE variant, is now on the radar in the UK, with at least one case being detected and confirmed in Thailand, China is also reporting another new mutation of Omicron as the country copes with its latest surge in cases, on par, as far as cases are concerned, with the initial surge of the original Covid-19 strain in the first few months of 2020. The new mutation has been recorded and sequenced in eastern Jiangsu province. In Shanghai, health authorities have carried out citywide antigen testing yesterday and are doing mass nucleic acid testing today on its 25 million residents. China’s Vice-Premier Sun Chunlan, China’s top official overseeing pandemic control, speaking in Shanghai over the weekend urged “solid efforts to curb the Covid-19 spread in the shortest time possible”, vowing an “unswerving adherence” to China’s zero-Covid policy. Meanwhile, officials in Suzhou in Jiangsu province have detected a mutation of the Omicron variant not found in local or international databases, this according to Chinese state media, Global Times. All that’s been reported at this stage is that is evolved from the BA.1.1 branch of the Omicron variant… little more is known at this stage about its potency.

Indonesia, the world’s largest Muslim-majority nation, has welcomed the start of the holy fasting month of Ramadan with a mass prayer at Jakarta’s grand mosque over the weekend. The event coincided with a plateauing of coronavirus infections allowing for eased restrictions for this year’s Ramadan religious activities. Thousands gathered at Istiqlal mosque as night fell in the Indonesian capital to join special prayers performed only during the month of Ramadan, but participants were still wearing masks and using check-in apps to take part. For the past two years Indonesia has had one of the highest rates of Covid infections in Asia, but this year’s Ramadan, traditionally a time of community, reflection and prayer, cases have eased enough to allow for mass gatherings. Ramadan will run for a month, ending at sundown on Sunday, May 1.

More and more inbound travellers are heading to the Philippines after it was one of the first to ease entry restrictions, allowing all fully vaccinated international visitors to enter the country without quarantine. Whilst also having its layers of paperwork, entry into the island nation has made it a new favourite for travellers looking to escape to South East Asia at this time. The Philippines’ Bureau of Immigration has recorded a sharp uptick in the arrivals of both expatriate Filipinos and foreign travellers since the country eased the pandemic restrictions from the start of February. Daily arrivals were less than 5,000 before February, while the number risen to around 9,000 after the re-opening and has further increased to 12,000 by end-of March. But travellers still have to adhere to health protocols, such as wearing a face mask, social distancing and avoiding crowds.Around 67 million Filipinos have been fully vaccinated as of the start of April 1 out of a total of some 109 million.

Hanoi-based Vietnam Airlines has incurred a loss of US$570 million during 2021, bringing accumulated losses since the pandemic began to $970 million.But the airline is slowly getting back on its feet… Vietnam Airlines operated 21% more flights in March and April this year than it did in 2021. Now Vietnam Airlines is calling for a tax break to cope with the rising fuel prices. The airline also raised a substantial amount of fresh capital by issuing new shares through 2021 – around $970 million, but that sum has barely covered the accrued losses during the pandemic. Whilst Vietnam has started to reopen its borders to tourists last month, the national airline has been forced to suspend flights to Moscow, but flights to Frankfurt, Paris and London Heathrow continue. But these flights are now having to skirt north or south of Russian and Ukrainian airspace at this time, pushing up the running costs and ticket prices.