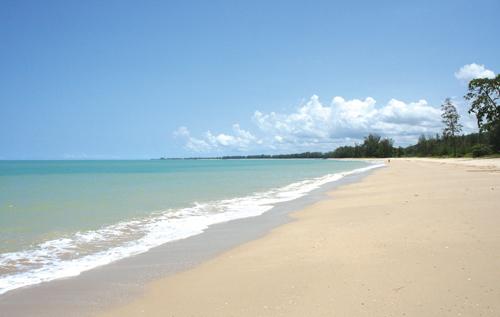 PHUKET: These days, everywhere you turn, the news is focused on Phuket fever. From soaring airport arrival numbers and surging hotel occupancy rates to, of course, the sordid underbelly of mass tourism. But the resort destination known as ‘Greater Phuket’ is no ‘one trick pony’. Nearby Khao Lak has certainly been kicking up its heels lately as Fortuna’s wheel of fortune has hit winning streaks.

Over the past 18 months a number of bright new international class hotels have come into the market, including Beyond, Sensi Mar, Casa de la Flora, Sands by Katathani, Mai and the Best Western Premier Southsea.

While Phuket is already edging closer and closer to the major milestone of 50,000 registered hotel rooms, Khao Lak currently sits at 6,334. Supply between 2011 through 2013 has increased by 1,578 new rooms, but today, the pipeline of new properties has dried up. Phuket on the other hand, has well over 20 new hotels coming up and the number is continuing to rise unabated.

One notable new entry, which will debut in July, is the SENTIDO Graceland which will offer 338 rooms and villas at a beachfront location. With the popularity of Graceland’s other Phuket hotel, expect this latest offering to be full come high season. For those of you who don’t know the SENTIDO brand, this is an affiliate of Thomas Cook and is a franchise hospitality group mainly focused on Southern Europe and the Mediterranean with 44 hotels in its system.

During my recent visit to Khao Lak I was able to catch up with Ty Collins, general manager of the the JW Marriott. His comments on the trade were extremely positive, with the JW posting a substantial rise in occupancy between 2011 and 2012. Aside from legacy markets such as Germany; Austria; Switzerland; Scandinavia and the UK, an emerging trend is groups from China and Korea.

While traditionally Khao Lak has been confined to just two seasons – high (including peak) and low, this year a shoulder season is emerging in April and again in October. When I was there in late April, a good number of properties were still fully booked.

For a long time, the conundrum for Khao Lak hotels has been how to make the money during high season and not to spend it during low season. The shorter low season is assisting properties in stabilizing their annual trading figures. Michael Vorderleitner, who has been GM at the successful Ramada resort for over three years, says that during July and August more Australians are coming – as are MICE groups.

At present, one clear difference between Phuket and Khao Lak – besides the lack of masses of sun lounges or the whining noise of jet skies at the latter – is that very little Eastern European business has gone north. Speaking to some local hoteliers, they voiced the opinion that many of the legacy western European wholesalers have continued to pressure hotels not to mix markets, and that this has left Khao Lak a bit out of step with broader market trends.

Today Khao Lak is still highly leveraged in the legacy markets, as the world shifts to the
short haul Asian markets and emerging sectors; the question is how can it make the transition. Certainly the new SENTIDO Graceland could be a game changer. While there remain questions over year round opportunity, given that the nearby Similan islands are closed from May to October and there is little retail, one has to believe that as hotels see increased trading, the range of attractions will develop in parellel.

I am reminded how Kata and Karon were for years mired in Eurocentric trading and how the impact of new markets and short -haul travel changed all this. Heading to the Le Meridien I met with Ruud Hulscher and Steven Roberto, both familiar faces in Phuket hospitality who now work at the resort. Both pointed out the many Asian faces in the lobby and said the market is moving and starting to attract a new demographic of tourists. Perhaps the most positive sign was that many of the area’s successful hotels are now moving rates higher for the upcoming 2013/2014 high season in November.

Wrapping up my trip, it is clear that Khao Lak is changing, with the central resort area being pushed north up to the Bangsak area, which is where larger land plots exist. In the future the trek north of internationally branded properties will surely follow a similar trend as Phuket.

As I was about to get in my car for the drive home, I had one last glimpse of the setting sun and serene beach, where nary a beach lounger could be seen, nor the roar of a jet ski heard and for just a moment the world all made sense.