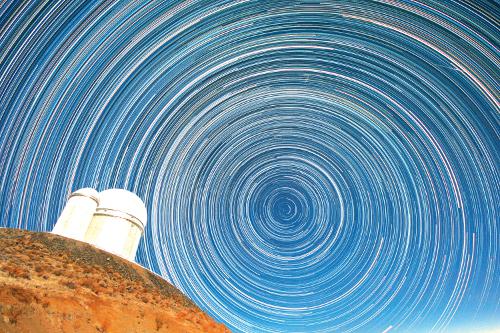 PHUKET: There is a video on YouTube that shows Morgan Freeman explaining a new theory in quantum physics (click here to see). The universe might be conscious. In fact, scientists think it might be a sort of cosmic brain that is constantly expanding and evolving.

I had lots of questions about this. But I couldn’t interview the universe because the universe is supposed to be a brain, and a brain doesn’t have a mouth. That’s a shortcoming that I hope our universe will be able to overcome.

And it raises a disturbing question. A brain requires a body to perform essential functions that will keep it alive. Like eating. If the universe is a giant brain, where’s the rest of it?

Since I couldn’t get an interview with the universe, I made one up, and it went like this:

Me: So, Universe, what is your opinion of Obamacare?

Me: Well, that’s what scientists are saying now, but they’re always changing their minds. There’s another theory that you’ll just contract to a single point again, and then there’ll be another Big Bang and you’ll start expanding all over again.

Universe: That’s a fairly stressful scenario to impose on an innocent universe like me.

Me: Well, it happens to us all the time. We call it death. Only in our case it’s not sure that we’ll bounce back. So welcome to the club, bro.

Me: Now, I’d like to know what role living beings play in your consciousness. If you’re a brain, are we your thoughts?

Universe: No. You’re my cells. My sensors. You collect information that’s funneled into my processing unit.

Me: And where might that be, may I ask?

Universe: It’s everywhere. It’s all over.

Me: Well, does that make you omniscient then?

Universe: No. Nobody’s omniscient. Like you, I’m a work in progress. But I’m smarter than you are. After all, I’ve been at this for over 13 billion years.

Me: Do you have any advice for us?

Universe: Be nice to one another. When you hurt each other, you’re hurting me, and I’m the only universe you’ve got. That is, unless you want to go live in one of the other universes, like that anus one.

Me: I guess I’ll stick with you, bro.

Ye Olde Curmudgeon, who is glad he doesn’t live in the anus universe, can be flamed c/o s.tsow@outlook.com

Phuket Education: On a Mission to sail

Dog of the week: Rusty