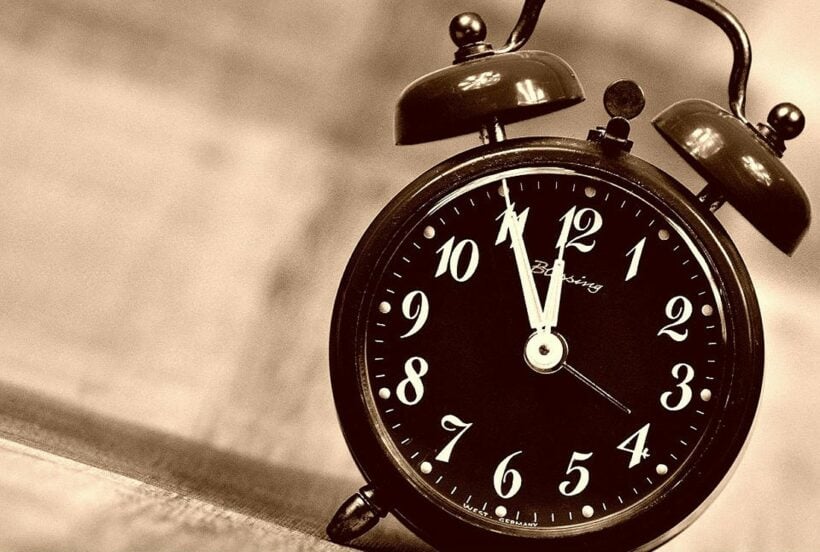 How late is late? Is being 5 minutes late, late? 10 minutes? An hour? Depending on where you live and a number of other cultural factors, the definition of being late can be quite different around the world.

In Japan your lateness can be measured in unites whilst in Thailand and parts of southern Europe you will get a solid 30 minutes lee-way before you’re considered ‘late’.

Free online gaming website Mr Gamez researched 15 different countries and found being late depended on where you live and the cultural nuances in each of those places.

They report that in places like Morocco and Mexico being on time would almost be considered rude and being very relaxed about arrival times is considered normal. Just don’t try that in Japan or Germany where business contracts might be threatened where punctuality is an indicator of your reliability.

In Japan the trains arrive on time, always. Anything more than a minute is considered late. Railway managers have lost their jobs or been demanded to make national apologies for late arrival of trains.

It seems the easy access to accurate times, alarms on our smartphones, personal calendar warnings and increasingly busy lifestyles have done little to dampen some cultural attitudes to being late.

In South Korea being late is sign of disrespect. Next door in China they will usually give you up to 10 minutes grace without comment whilst in Malaysia Mr Gamez reports that if you say you’ll be five minutes late, it usually means an hour, and being late is just an accepted part of Malaysian life that doesn’t require an apology.

“In Nigeria if a meeting is scheduled at 1pm, that means the meeting will start any time between 1pm and 2pm. Similarly in Saudi Arabia time is not such an important commodity, with people frequently turning up half an hour late to meetings. Looking at your watch during an event is also considered to be discourteous”, reports Mr Gamez.

“In Greece punctuality is not considered that important but foreigners are still expected to turn up on time for meetings. Socially you should be at least 30 minutes late”.

Thais are generally infamous for their ‘Thai time’ – arrival at least an hour late is not considered uncommon and the ‘farang’ obsession with time is considered a bit OCD by most Thais. Then again you can usually set your clock accurately by timing the parade of Thai staff leaving the office spot on Noon to go to lunch each day, usually all together (Thais would never dine alone). 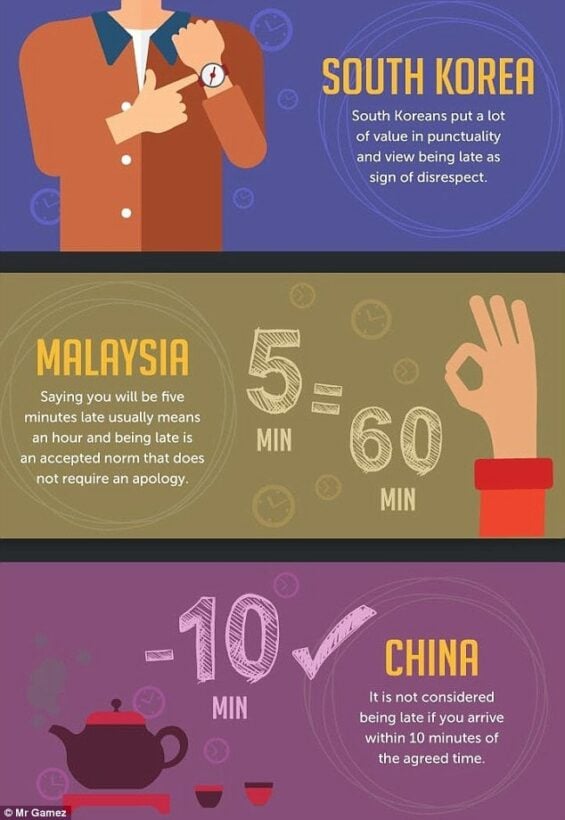 The report says that in Brazil there is a widespread tolerance for delays.

“It’s considered impolite to arrive on time for a social occasion. But if you are a visitor to the country and have an important business meeting, it’s probably best not to do as they do because, not being Brazilian, you haven’t earned the right to be on anything other than what the locals call ‘English time’.

You can read the original report HERE.

Ranong Visa Runs – a few things you should know

Vendors hit back at criticism of Bangkok’s Mae Klong market