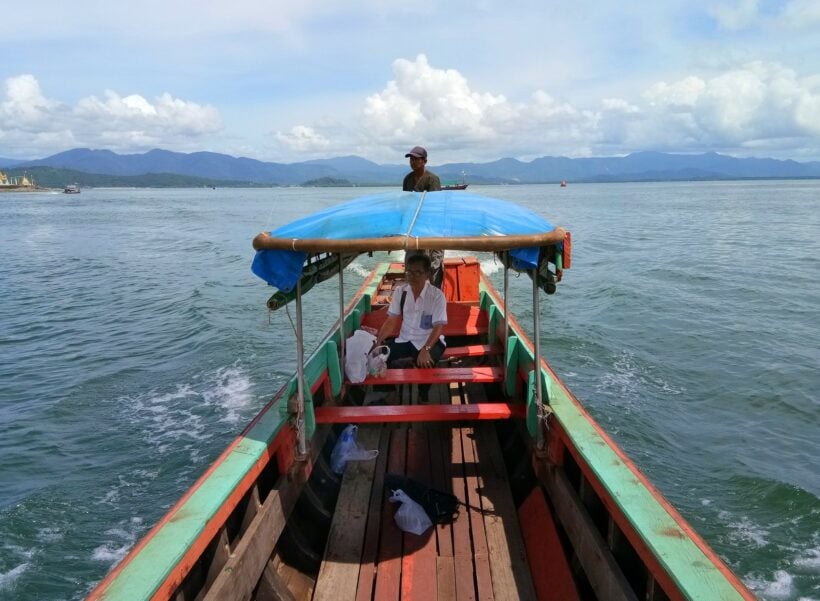 The situation for visa runs changes all the time. Check before embarking on your Ranong journey to see if you are eligible for a visa run at that destination.

From time to time we need to do those pesky visa runs. The nearest land border to Phuket is about a five hour drive north to the Thai fishing port of Ranong. Just a 30 minute long tail boat ride away is Myanmar, but more about that later.

There is a boring way to do the trip on an air-conditioned ferry with dirty windows or a more adventurous journey in a long tail boat. We felt adventurous.

Getting to Ranong from Phuket in the first place can be an epic journey, especially if you try and do the return trip and the visa run all in one day. You can do it commando-style in one of the many passenger vans that do packaged visa runs any day of the week. Honestly, you’re taking your life in your own hands with some of the van drivers. We drove a private car and had many, many of these turbocharged grey monsters passing us, some of them racing each other – and full of tourists. The road is good but it’s mostly twists and turns and only single lane in each direction.

(We should add that the drive is very scenic and the road conditions very good.)

We drove to Khao Lak, an easy two hours from our departure point of Kathu in Phuket. We stayed the first night in Khao Lak, did the run to Ranong on the second day, stayed in Khao Lak again for the second night and dawdled back to Phuket on the third day. A weekend away with a new visa stamp in the middle. 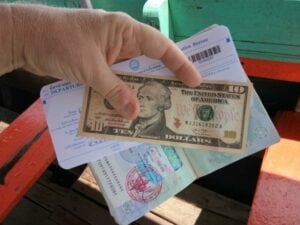 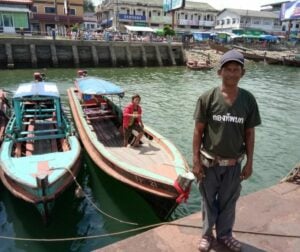 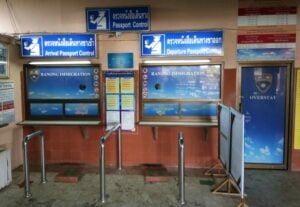 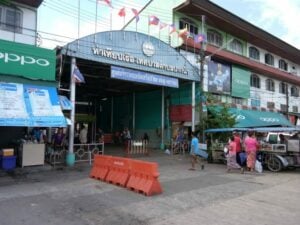 You’ll need to take the following things along with you on your journey. Your passport, your work permit (if you have one), a signed photocopy of your passport and a crisp, unfolded US$10 bill. If it’s not crisp and unfolded they will likely reject it when you get to the Myanmar passport office. Why they demand a crisp, pristine US$10 bill, and won’t accept a slightly used one, remains a mystery. I wasn’t going to test them on it.

You can buy a crisp US$10 bill at the port but you’ll pay 500 baht for it when it’s true value is around 340 baht. Don’t expect that you’ll be able to change your Baht for US$ on the way up – the money exchangers just don’t seem to have them. Do it at a bank or money changer in Phuket before you go.

Finding the Passport Control port is a bit of a search. They’re rebuilding the actual Immigration office building at the moment (August 2017) and some other new buildings next to the current passport office at the port. Looks like they’re upgrading the whole place. And it needs it. The actual passport control area and take off point for your long tail boat trip is tucked in behind a PPT petrol station and 7/11 (there’s also a toilet there, 5 Baht thanks, and squats only).

Waiting out the front of the entrance to the passport control area is any number of touts, motorcycle taxi drivers, thieves, scammers and other local thuggery. You will also get to enjoy the scent of rotting fish that pervades the entire precinct. Look like you know what you’re doing, even if you don’t, as all these touts will descend on you to devour their latest prey.

Khun Don was my ‘point man’ and dragged me here and there to sort out the process. If you don’t have the US$10 bill, he’ll get it for you. If you don’t have the passport photocopy, he’ll organise that too (10 Baht). He’ll check if you have everything together then direct you to the right window. The passport check windows were designed for Munchkins or Ewoks, not 175 cm newsreaders. A series of questions will be barked at you so you need to dislodge a few vertebrae to lean down to bark back through the tiny window and then stand up to pose for a photo, strangely at eye level.

Then it’s off to the boat as you say farewell to Thailand and hello Myanmar. The journey across takes 30 minutes.

The boats are the usual long tail boats which are unlikely to survive waves of more than a few inches. There is a cover so you’re protected from the sun. There are a few stops as you head out into the bay, immigration stops as the boats are departing one country and heading to another. 30 minutes and a few photos later we arrive in Kawthaung.

If Myanmar was Star Wars, Kawthaung would be Mos Eisley.

(I am rather proud to have combined Star Wars into a story about visa runs in Thailand).

Krawthung is the most southern town in Myanmar and used to be called Victoria Point during British rule. Getting from your long tail boat to the Immigration Office is a walk of less than a hundred steps but not before you’re offered all sorts of trinkets, accommodation, transport and girls. I politely declined the offers.

As a fishing port and local take-off point for Burmese and Thai I think it would be a rollicking ride any night of the week. One of the local hotels was called The Honey Bear. I figured you’d pay by the hour there (with apologies to the proprietors if I under-estimated their fine accommodations)

The stamp in the office, once you hand over your pristine, unfolded US$10 bill, takes a couple of minutes. And you’re done.

Back to the boat.

I was in Myanmar a total of about four minutes.

The boats are met by ‘boat boys’, local Kawthaung youth who will hit you for 100 baht for them doing, well, nothing really. At least giving them 100 baht seems to shut them up as they scurry off to spend their bounty on hideous smelling local cigarettes.

And it’s back to Thailand we go, passing back through the Immigration posts and then to the port where we left around an hour before. The boat trip cost 600 baht, including Khun Don’s commission I figure. I’ve heard some people  negotiate the boat trip down to 400 baht but, hey, it’s a cheap boat trip and quite pretty. But I wouldn’t be heading out into open waters if it was windy. You’d either get very wet, or very drowned. All the boats have life jackets – a step forward.

Once off the boat, payments made, thanks offered to the skipper (he appreciated the 100 baht tip), we head back to passport control to re-enter Thailand.

Like any other time you re-enter Thailand you need to fill out the annoying blue and white Arrival/Departure cards.

And then time to hand your passport back to the waist-high window. A few stamps later and you’ve done your visa run.

• A tank of petrol

• 10 Baht for the passport photocopy (photo page only)

There are many professional visa run companies that combine all the above services with a roller-coaster trip up the windy road from Phuket. Not for the faint-hearted. If you are going to take the self-drive option, go with a friend so you can share the driving. The actual drive time was about 4.5 hours in each direction, taking it reasonably easy. There are quite a lot of roadworks between the top of Phuket and Khao Lak as they’re widening the roads so you have two lanes in each direction. Completion looks another year away at least.

Bottomline – get your own pristine, unfolded US$10 bill before you go and remember your work permit – you WILL be asked for it.

As for Ranong, there’s not a lot to see except an enormous waterfall or two. But the drive is very pretty.

Mission completed for another 90 days.

(We recommend you get advice from a qualified lawyer or the Immigration Office to ensure that you are able to complete a visa run in Ranong. I was told I could only do the run at Ranong twice and would have to do a flight out of the country next time.) 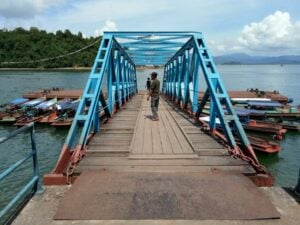 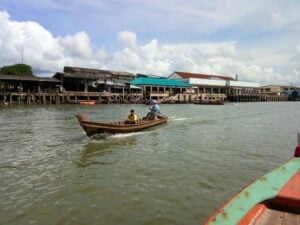 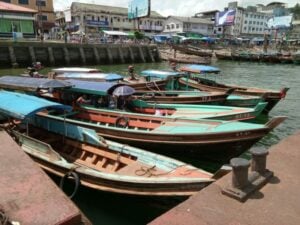 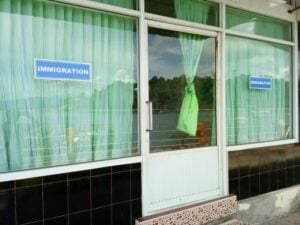 On time – cultural differences in being punctual