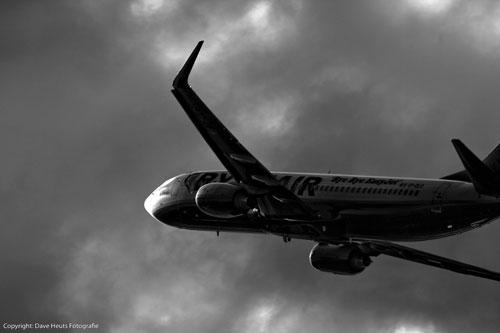 PHUKET: Air. Of all the things we take for granted in our life, few are as easily overlooked as that chemical soup that surrounds and sustains us, breath by breath.

Air is easy to take for granted; after all, it is colorless and odorless. Unless you are climbing Mt Everest, trapped in an air-tight vault, or happen to live near the smoldering remains of a burning retail complex, there is usually more than enough high quality air to go around, right?

That might be true most of the time as we plod through our daily routines, but pick up the pace a little and we quickly get a sense of what a crazy substance air can be. Try throwing a cotton ball as far as you can, or stick your arm out the window of a fast-moving vehicle. Watch a formula 1 car that has spun out on a straightaway quickly go airborne, or images of a space shuttle during re-entry.

With all this in mind, flying a small aircraft above the island during Phuket’s notorious monsoon season might seem to be tempting fate with a mysterious, potentially dangerous mistress. After all, the crash of the ill-fated One-Two-GO (OTG) Airlines Flight 269 came during very strong monsoonal conditions – and that was a big jet (click here for article).

What chance would a tiny, two-seat ultralight aircraft have under adverse conditions aloft?

To learn more about monsoon season flying, we headed to Pa Khlock to visit Phuket Air Park, the only privately run airfield in the South of Thailand.

Here we spoke with Pat James, managing director of Aero Pro Management, which provides a wide range of aviation services. Pat has flown countless hours in monsoon conditions in a wide variety of aircraft in South America and throughout Asia, including two tours as a combat helicopter pilot for the US Army during the Vietnam War.

Asked if it was more dangerous for small aircraft to take to the skies when monsoon conditions prevail, he replied: “Well, a smaller aircraft has a higher level of limitations in terms of the winds it can be subjected to. It’s a question of scale. For example a large airliner can hit a large air pocket and hardly even bump, whereas a small general aviation aircraft might lose – or rise up – a thousand feet.

“When an aircraft is flying, you are in the air mass. The wind could be moving at 100 knots, but if you are flying in it you would not even know, provided that it is not turbulent wind, other than the fact that you would see your ground speed affected.”

So, like everything else in the universe, when it comes to flying it is all relative.

“There is no limitation on the speed of the wind you can fly in, but there is on the turbulence level, and that depends on the individual aircraft. I have flown over the Rocky Mountains when the wind was moving at over 100 knots and I basically flew sideways, but that does not make it rough or turbulent or dangerous,” said the Texan.

But isn’t the monsoon famous for creating turbulent conditions? Who in Phuket hasn’t seen calm weather turn nasty in a matter of seconds, blowing laundry off the line or even knocking over half-empty beer bottles, spilling their precious contents onto the ground? Who in their right mind would enter that realm in a tiny aircraft?

The real dangers of flying during the monsoon season stem more from lack of visibility than turbulence, which under normal circumstances can be easily avoided, he explained.

Both the recent crash of an aircraft into a river in Laos (click here for article) and the OTG 269 flight here in Phuket in September, 2006 were both due to poor visibility, he explained.

According to the investigation report of the OTG crash, the aircraft experienced a ‘microburst’ that could have been avoided if visibility had been better.

“Monsoon season weather is generally very benign, but embedded in the monsoon can be thunderstorms that can create microbursts, which are tremendous wind forces pushing down,” he said.

“When you are close to the ground these micro-bursts can be very dangerous, but they are generally confined to very small areas beneath moving thunderstorms,” he explained.

“On a normal hot summer day, you can see a thunderstorm 10 or 15 miles away. You can see them, so of course you avoid them. But thunderstorms embedded in rainy monsoon conditions with poor visibility – therein lies the danger,” he said.

Microbursts are an extreme version of turbulence known as “wind shear”, a difference in wind speed and direction over a relatively short distance. Using an analogy, Pat said that wind shear is to air what rip currents are to the sea: both are quite limited in extent and easy to avoid if one knows what to look for.

“Microbursts” are probably the most extreme version of wind shear that local aviators would ever possibly encounter, but they are typically very easy to avoid at altitude as well as when preparing to land a plane – of any size.

“It’s easy, you just increase your air speed, or circle at a distance, and let the thunderstorm pass over the airfield. The visibility might still be bad, but the thunderstorm and all the associated winds will be gone. Rather than fly into the jaws of a demon, you just let the demon go away. You don’t tempt fate. It is not necessary because these things are small and moving fast, so they do not stay over your target for very long,” he said.

Pat concluded that visibility is typically excellent in the Andaman region during the monsoon season and, while something to keep an eye on, should be no barrier to general aviation.

Asked why the sky was not filled with small aircraft, he said it was only a matter of time.

“General aviation in Phuket is in its infancy. Until recently, there was no place to fly out of. It was only this year that Phuket Air Park allowed general aviation activities. Before it was more of a real estate proposition, but over the past 14 to 18 months activity has picked up tremendously,” he said.

For more information about going airborne in Phuket and in general, contact Pat James on 085 258 0006 or email: pat@aeropromgr.com.