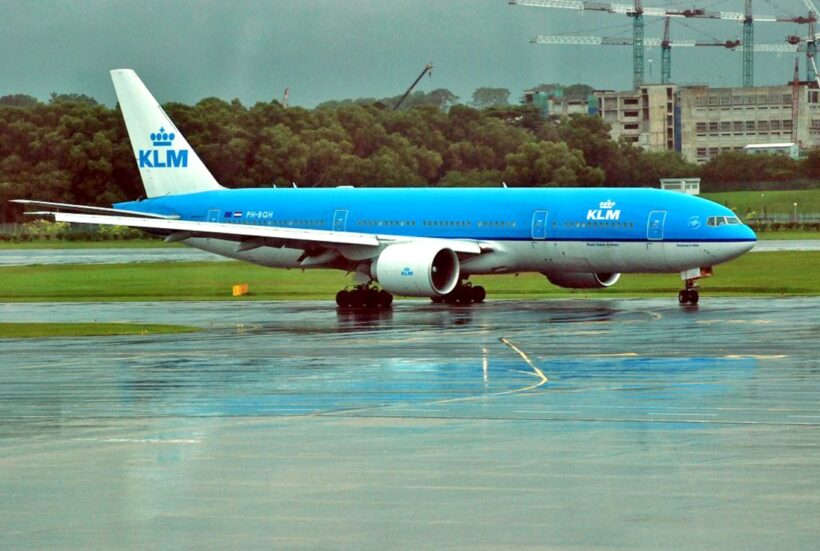 Newsinflight.com is reporting that a KLM Boeing 777-200, Flight KL 809 from Amsterdam to Kuala Lumpur, had to make a precautionary landing in Phuket, after smoke started filling the cabin when a passenger’s mobile phone ‘overheated’.

Witnesses report that there were no flames but plenty of smoke coming from the phone.

Reports say the crew ‘handled the situation well’ and the captain opted to land the aircraft as a precautionary measure. The aircraft landed safely and a safety check has since been carried out in the cabin and the aircraft has been released for departure.

Owing to compulsory crew work and rest times, the flight to KL couldn’t continue immediately and passengers and crew stayed overnight in Phuket.

The flight ended up with an 18 hour delay, departing Phuket around 11am this morning.

We don’t know what model the phone is at this stage.

Let’s take that leap of faith