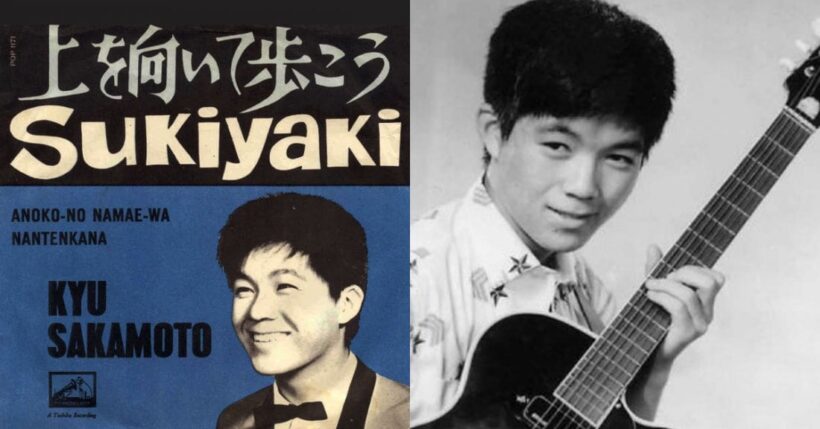 The lack of non-English music is a constant in the US, and most other English-speaking markets. The world music industry has been a tightly controlled clique for decades with record labels having the power to determine which artists ever make it onto the charts.

The selection of foreign music Number One hits in the American charts, for example, is tiny. Understandable, mostly because, well, the lyrics are in a foreign language. The situation isn’t much different in the other big English-speaking charts around the world.

Since 1958, when the Billboard Hot 100 started being compiled, there have been more than a thousand Number 1 songs. Only seven haven’t been in English. For the ones that aren’t in English, three of the others have been in Spanish, the second most spoken language in the US with 41 million citizens describing Spanish as their native language.

This small club is likely to get a lot more members now that the power is being taken out of the hands of the larger music companies and their chosen producer, and now being put fairly and squarely in the hands of the listeners and fans. To say the music ‘business’ is going through a sea-change is an understatement. The power of fans to download, share and discuss their musical tastes is a powerful new business model for the dissemination of music.

And if you don’t have a kick-arse video to accompany your music these days, forget about it.

Whilst the larger music companies still play a part, their grip on the tastes of millions is dwindling rapidly.

But with all these changes, a democratization of world music, comes the challenges of finding a new, workable, fair business models that will reward the writers, producers and performers. There is still a long way to go as we settle into the new paradigm.

But kudos to this small club, who could probably hold their meetings in a large phone booth, who reached the Number One position in an industry that was hostile towards languages other than English.

You know it as ‘Volare’. Despite the lack of non-English songs on the Billboard Hot 100, this Italian song was the number-one song of the year the very first year the Billboard list was made. The song won the Sanremo Music Festival and was Italy’s 1958 entry into Eurovision, a massively popular music contest in Europe (and Australia… go figure). While the song didn’t win Eurovision, it was incredibly successful all around the world, and was on the top of the charts for a total of five weeks. It even won the first-ever Grammy for “Song of the Year.”

Not only non-English, but also non-European language. The first and only Asian-language song to hit Number One spot (not even Psy’s mega hit ‘Gangnam Style’ reached the Number One spot). “Sukiyaki” is somewhat of an unexpected success. The song was wildly popular in Japan with the title “Ue o Muite Arukō,” which directly translates to “I Look Up As I Walk.” The name “Sukiyaki” was chosen for the English version for some reason, even though Sukiyaki is the name of a Japanese beef dish that has nothing to do with the song.

Achieving success shortly after “Sukiyaki,” this song is also a surprise hit, especially when compared to the songs that would reach the number-one spot in the coming years of the British invasion. Sung by Jeannine Deckers, a French-speaking nun from Belgium, the song is about Saint Dominic, who founded the Dominican Order she was a member of. Some say this song may have become a hit on the radio because DJs were desperate for pleasant music to play in the aftermath of President John F. Kennedy’s assassination. The song was number one for four weeks in December 1963.

Then a LONG gap, until…

After a 23 year hiatus with no foreign-language number ones on the Billboard Hot 100, “Rock Me Amadeus” showed up to reign for three weeks in the spring of 1986. The song is about Wolfgang Amadeus Mozart. Falco, born Johann Hölzel, was a classically trained musician who rejected his upbringing to play rock music. The song is in German (except for the “Rock Me” part), but the words didn’t really matter. The driving beat and repetitive “Amadeus, Amadeus” chorus were enough to make this song a staple of the 1980s.

The history of “La Bamba” goes back further than the 1987 version by Los Lobos. It was originally a Mexican folk song, with the earliest known recording being from 1938. In 1958, it was turned into a rock-and-roll hit by Ritchie Valens, who was only 17 years old at the time. The song was the first time that Mexican music had a big impact on the US music industry. At the time, it only reached number 22 on the Billboard Hot 100, however. It wasn’t until 1987 that the song reached number one and held that position for three weeks.

Los Del Rio is perhaps the most famous example of a one-hit wonder, thanks to “Macarena,” which stayed on the top of the Billboard Hot 100 for 14 weeks. You’ll notice, however, that this is the Bayside Boys Mix version of the song, which happens to include the English verses instead of the Spanish ones. The original version of this song, which has only Spanish lyrics, also ranked on the Billboard list, but it was not as successful as the English one. And if you’re over 30-ish you’ll, sadly, remember the dance.

It took another 21 years for another non-English song to top the charts, and that brings us to 2017’s “Despacito.” The song was on the top of the charts for 16 weeks in 2017, tying “One Sweet Day” by Mariah Carey and Boyz II Men for longest reign. The song is one of the most successful Latin songs in history. Surely Justin Bieber’s star power at the time had something to do with this, though Daddy Yankee has had success with two other songs — “Gasolina” and “Rompe” — on the charts.

It likely won’t take another two decades for more foreign-language music to climb the charts in the US. Just keep the band ‘BTS’ – K-Pop’s cross-over sensation – on your radar. Their latest collaboration with EDM-supremo Steve Aoki, just released, is likely to hit the Number One position in the US charts. The twist here is that the song is entirely in English, a first for the South Korean band, currently re-writing records around the world for sell-out concerts and social-media popularity. Fans from around the world scream out the lyrics, in Korean! Things have changed forever. UPDATE: On the first day of its release the song “Waste It On Me” topped the iTunes download list.