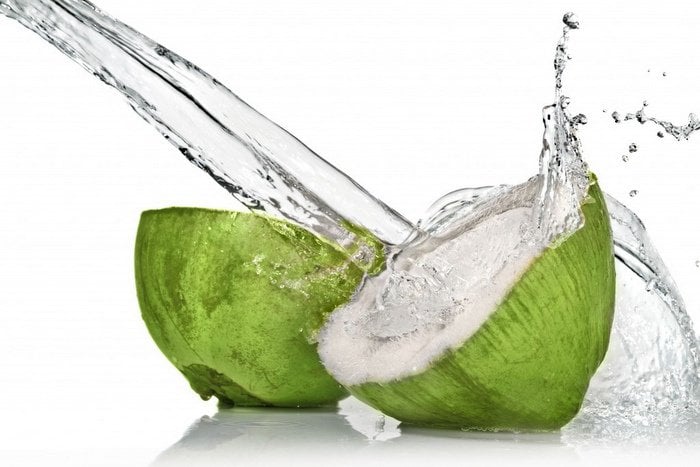 PHUKET: In the past few columns, I have discussed one of my favorite fats, coconut oil, and its many benefits according to the most up-to-date research. This week, I want to share some information about my favorite elixir: coconut water.

More than five years ago, when I first visited Phuket, an older Thai waiter at our hotel saw how much of a coconut-water fan I was from the amount I was consuming per day, so he proceeded to tell me all the wonderful tales of this amazing drink.

I already knew it tasted great and was ideal after a good training session, but the waiter told me that coconut water was also used for blood transfusions in World War II, and by sick people and athletes for re-hydration – it is better for this than sports drinks because of all its nutrients. It also kills pathogens and can heal many conditions, some of which the waiter listed for me. He was clearly quite a fan of coconut water.

Naturally, the scientist in me later checked out some of this man’s ‘tales’ – turns out he was right about many of them. I’ll include some of the snippets of his tales that I confirmed were true.

First, coconut water has been used for intravenous hydration and resuscitation of critically ill patients in remote regions of the world, according to an article published in The American Journal of Emergency Medicine in January 2000. Also, coconut water may be an oral re-hydration alternative for patients with severe gastroenteritis when conventional fluids are unavailable, stated an article in the New Zealand Medical Journal. The addition of sea salt would rectify some of the deficiencies of coconut water.

As far as post-exercise re-hydration, I read in The Southeast Asian Journal of Tropical Medicine and Public Health that coconut water is as good as ingesting a commercial sports drink for whole body re-hydration after exercise-induced dehydration, but provided better fluid tolerance. Additionally, an article in the Journal of Physiological Anthropology and Applied Human Science confirmed that the ingestion of fresh, young coconut water may be used for whole body re-hydration after exercise.

When it comes to killing pathogens and combating various diseases, I also found journal articles to support my waiter’s tales. For one, I learned from an article published in the British Journal of Nutrition in 2011 that young coconut water could significantly reduce some pathologies associated with Alzheimer’s Disease.

Researchers who published an article in Peptides in 2009 found that coconut water contains compounds with antibacterial activity against pathogenic bacteria.

In case you’re wondering what nutrients and other goodies actually make up coconut water so that it can yield all of these amazing benefits, a recent article published on mercola.com lays them out for us.
Coconut water is rich is natural vitamins (especially the B vitamins), minerals and trace elements (including zinc, selenium, iodine, sulfur and manganese). Vitamins are necessary for the enzymatic reactions your cells need in order to function.

It is full of amino acids, organic acids, enzymes, antioxidants and phytonutrients. On top of this, it is light and low in calories, as well as low in sugar, but at the same time is pleasantly sweet. It contains about a fifth of the sugar of other fruit juices and contains a little fiber to moderate absorption. It is rich in cytokinins, or plant hormones, which have anti-aging, anti-cancer and anti-thrombolytic effects in humans.

Fresh coconut water is one of the richest natural sources of electrolytes and, as we have mentioned above, can be used for re-hydration purposes. Because it contains so many electrolytes, it’s been called ‘Nature’s Gatorade’. It contains five electrolytes that our body needs: potassium, sodium, magnesium, phosphorous and calcium.

Again – overwhelming amounts of research have found the benefits of coconut water to be seemingly endless. Most of my sports and health friends in Europe and Australia pay big bucks just to buy the boxed variety. How lucky are we to be living on this paradise island surrounded by fresh, cheap coconuts?

Craig Burton is a nutritional expert with more than 15 years of experience at the forefront of the health and well-being field. He offers a high-level of his expertise in functional training and nutrition, focusing on detoxification, food intolerance and nutrient deficiency. For more information about Craig, visit vitruvianmethod.com

Gardening: A garden “full of beans’