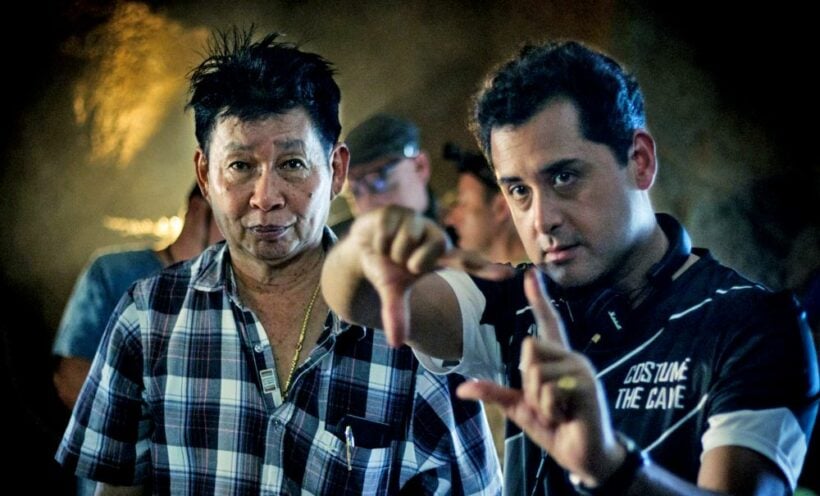 PHOTO: Thai-born director Tom Waller on location during the filming of “The Cave” in central Thailand – AFP

A Thai-born director, Tom Waller, who reportedly took only a few weeks to shoot the first film about the dramatic Tham Luang cave rescue of the Mu Pa football team in Chiang Rai’s Mae Sai district, says his focus was on authenticity and the mission’s “unsung” heroes.

AFP reports that book publishers and Hollywood studios are still jostling to make their versions of the saga that unfolded in the middle of last year.

Tom Waller says “The Cave”, which is aiming for Thai release for the July anniversary of the operation, will be a “genuine” retelling of the gripping mission to extract the 12 boys and their coach from the waterlogged Tham Luang cave.

Its cast features more than a dozen of the real-life rescue heroes as well as extras such as the cooks who provided food round-the-clock food as officials and the world’s media massed at the cave entrance.

The Mu Pa “Wild Boars” spent more than a fortnight trapped in the dark before divers rescued them in an mission of unprecedented complexity — diving the boys out through twisting passageways while they were heavily sedated.

Waller, a Thai citizen with an Irish father and whose work includes “The Last Executioner”, said he did not immediately think he would take on the project despite its real-life dramatic arc.