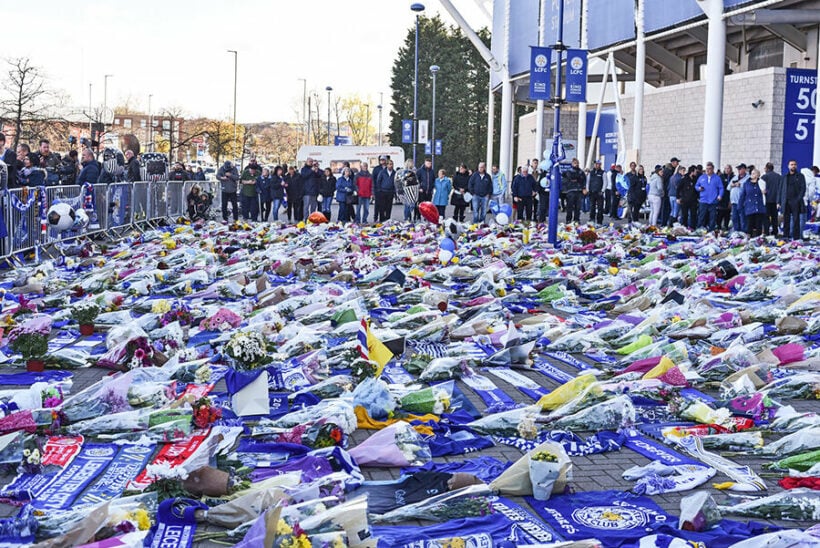 Legal negotiations are continuing between Raytheon and the families of 2 pilots who died in a helicopter crash at Leicester City’s King Power Stadium 3 years ago. US firm Raytheon manufactured parts for the helicopter.

An interim report by the Air Accident Investigation Branch found that a fault in the tail rotor system caused the cockpit pedals to disconnect from the rotor, which in turn caused the helicopter to spin out of control. The helicopter crashed and exploded in a ball of flames just after taking off from the stadium on October 27, 2018.

The families of pilots Eric Swaffer and Izabela Lechowicz have filed a lawsuit against Raytheon in the District Court of Massachusetts. Both pilots died in the crash, alongside the Thai owner of Leicester City Football Club and founder of King Power Duty Free, Vichai Srivaddhanaprabha, and employees Kaveporn Punpare and Nusara Suknamai.

According to BBC News, the legal papers say the families are seeking compensation not only for the financial loss, but for the “conscious pain and suffering and severe terror” caused by the crash. The papers state Raytheon’s negligence in design, manufacturing, and assembly led to the fatal crash.

“Raytheon negligently designed, manufactured, assembled and sold the Tail Rotor Actuator such that the Accident Aircraft’s Tail Rotor Actuator control shaft was subject to disconnection from the actuator lever mechanism. As a direct and proximate result thereof, the accident aircraft entered an uncontrollable right yaw, contrary to the pilot’s left pedal command, and was caused to fly into the ground and violently crash.”

Meanwhile, Crispin Orr, chief inspector of air accidents, says the final report into the crash will be released as soon as possible.

“The AAIB has conducted an extremely thorough and detailed investigation that has proven to be technically very complex and which is still ongoing.”

ThaiEyes
Very sad that this happened. The tail rotor mechanism could have been at fault, as could have been maintenance procedures. While this caused much grief, the real cause might never be known. I just hope they get it sorted out…

Thailand News Today | “The Beach” to reopen, Poverty rises in Thailand, Get vaxxed or … | Nov 16