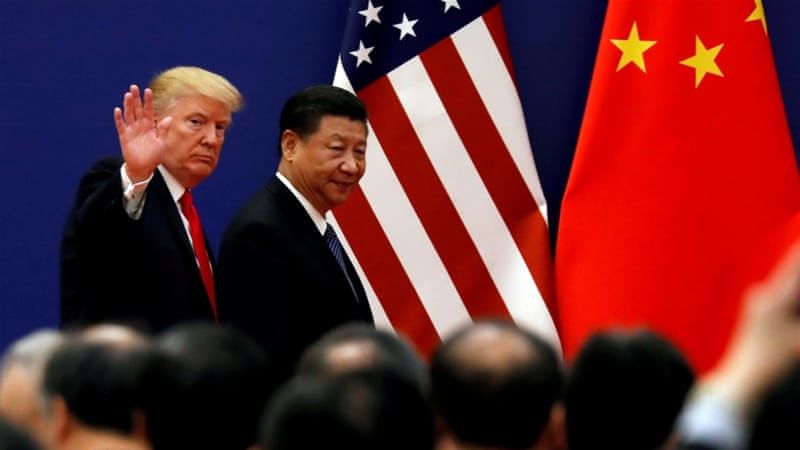 US President Donald Trump’s combative stance, made clear with a new round of import tariffs imposed, continues to upend decades of trade diplomacy and cautious negotiations as he tries to coax China to change their trading tactics.

Brahma Chellaney of the Centre for Policy Research in New Delhi was quoted by AFP saying… “A paradigm shift in America’s China policy is under way, with major implications for the world’s most important bilateral relationship and, more importantly, for global security.”

The rattles are already reverberating around the world’s stock markets.

“The market is pricing trade tensions but not a trade war,” says the Bank of America economist Ethan Harris.

“Importantly, the markets could view brinkmanship as similar to a trade war in the short run. By contrast, we think the rates market is already factoring in continuing brinkmanship which could continue for weeks.”

Bloomberg reports that China’s yuan, Thailand’s baht and the Philippine peso are the most at risk currencies in a trade war.

The fallout will have profound implications for the rest of the world, particularly European and Asian markets, trying to engage with two completely opposite trade world views.

At this stage President Trump’s ham-fisted tactics haven’t had any major negative consequences for the US economy, but the fallout from the escalating US and China trade rivalry is starting to be felt worldwide.

Humiliating the Chinese never works as a tactic, as history has shown, and economic advisors are trying to convince Donald Trump to tone down his rhetoric or remain at risk of a long-term trade tensions where the US is unlikely to end up with much advantage, let alone a ‘win’.

Even if their trade war doesn’t escalate further, there are plenty of other areas for confrontation, such as China’s growing technological might – its ultrafast 5G cellular network is just an example.

China’s Belt and Road Initiative of infrastructure and trade development across Asia and Africa and even into Europe will also keep tensions simmering as the US finds itself increasingly on the sidelines.

Where in the world is the best cuisine?