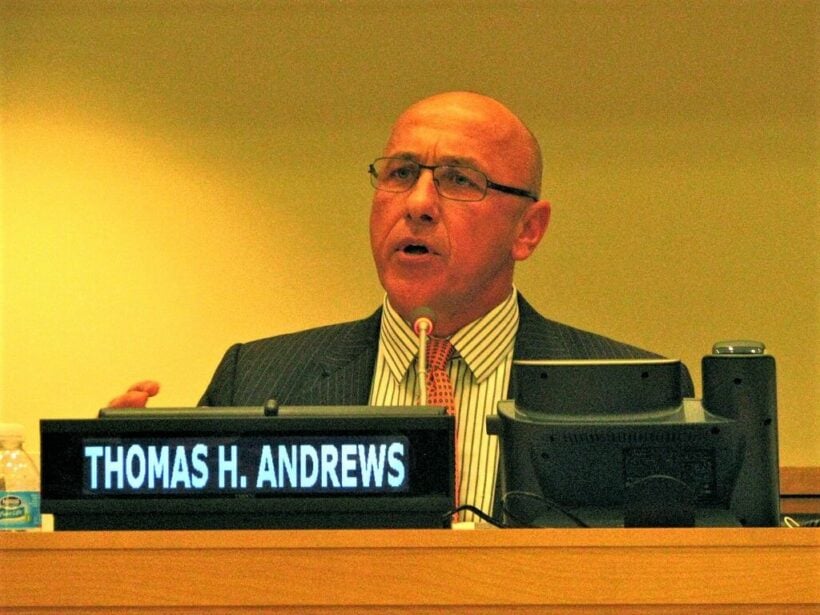 A United Nations human rights expert released a report on Tuesday saying Russia, China, and Serbia are supplying weapons to Myanmar’s junta government, knowing they will be used against civilians. The human rights expert, Thomas Andrews, said Russia and China are providing the junta with fighter jets. Myanmar’s military and Russia’s foreign ministry couldn’t be reached by Reuters on time to comment. China’s foreign minister responded…

“China has always advocated that all parties and factions should proceed in the long-term interests of the country”.

The minister also said China should “resolve contradictions through political dialogue”. Since Myanmar’s military coup in February 2021, an estimated 1,500 people have been killed by security forces. Over 300,000 people have been displaced by rural armed conflict between Myanmar’s military, and ethnic minority groups that oppose it. The junta says it is fighting “terrorists,” and opposes UN intervention. Two minority groups well known for being persecuted by Myanmar’s military are the Karen hill tribe, and Rohingya Muslims.

In March 2021, following the military coup, the Burmese military launched air strikes on the country’s Kachine State, where most Karen live. 20,000 Karen people were forced to flee. They hid in caves and jungles with low food and medicine supply.

Andrews’s report says Russia has given the junta two types of fighter jets, two kinds of armoured vehicles, including one that has air defense systems. Andrews calls for cutting the Burmese military’s access to oil and gas revenue and foreign reserves, and international bans on timber, gemstones, and rare earths from Myanmar. He calls on all three countries to stop arming the junta.

“It should be incontrovertible that weapons used to kill civilians should no longer be transferred to Myanmar”.

EdwardV
1 hour ago, Poolie said: Have you any proof of China doing wrong apart from Western media? Which, from where I am sitting, is constantly ridiculously debunked. The point is that America has caused more, much more, heartbreak and destruction…

Poolie
31 minutes ago, EdwardV said: The UN expert making the claim isn't western media. Your point about the US is valid, however it's also completely beside the point. No one is saying the US hasn't done bad things, does that…
EdwardV
30 minutes ago, Poolie said: Ok, forget western media, let's discuss the 1200 foreign envoys that have visited XinJiang in the recent past shall we? So you want to change the topic? Pretty sure that's frowned upon by this site.…

Fluke
31 minutes ago, Poolie said: Ok, forget western media, let's discuss the 1200 foreign envoys that have visited XinJiang in the recent past shall we? OK, lets talk about them . What do you have to say about them ?
Convert54
Perhaps the UN should really sink it's teeth into the issue and apply sanctions on them all ? Oh! Wait a minute?