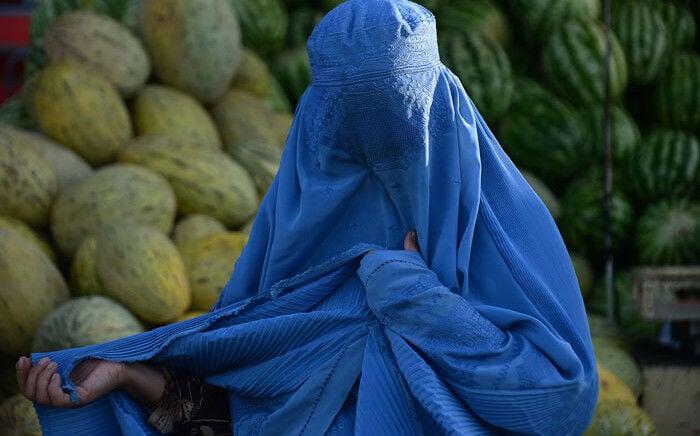 On Saturday, the Taliban announced that Afghan women must cover their face, hair and body in public. According to the Taliban, woman should ideally wear a burqa, an all-encompassing garment which leaves only the hands and feet visible with netting over the eyes for vision. The Taliban said the decree is a “recommendation,” rather than a rule, but said the male guardians of women who do not comply will be punished. The decree doesn’t come as a surprise to many as the Taliban have imposed a series of restrictions on women’s public life since seizing power over Afghanistan last August.

Since the Taliban’s return to power in Afghanistan, the government has enforced rules that restrict women’s employment, education, travel, deportment and other aspects of public life. The Taliban has assigned separate days for women to visit public parks to men and has barred women from taking long distance journeys without a male guardian.

The most recent decree “advises” women to completely cover themselves with a burqa, which was a requirement for women in Afghanistan when the Taliban ruled most of the country from 1996 – 2001. The burqa includes a veil over the eyes, covering up more than the niqab, a similar garment which shows only a woman’s eyes.

The UN said the imposition of the burqa would not help the Taliban’s efforts to be recognised as a legitimate government on the global stage. The United Nations Assistance Mission in Afghanistan made the following statement…

“UNAMA is deeply concerned with today’s announcement by the Taliban de facto authorities that all women must cover their faces in public, that women should only leave their homes in cases of necessity, and that violations of this directive will lead to the punishment of their male relatives.

This decision contradicts numerous assurances regarding respect for and protection of all Afghans’ human rights, including those of women and girls, that had been provided to the international community by Taliban representatives during discussions and negotiations over the past decade. These assurances were repeated following the Taliban takeover in August 2021, that women would be afforded their rights, whether in work, education, or society at large.

In Afghanistan, some women choose to wear a full burqa, including a face veil. But in big cities, it is common to see women wearing a simple headscarf, or hijab, with their faces on display.

The Taliban has set punishments for women who don’t comply with the new rule. If a woman doesn’t cover her face, her male guardian (father, brother or husband) will be visited by Taliban officials at home. If the woman still fails to comply, her male guardian will be summoned to see ministry officials, and could potentially be jailed for three days or sent to court.

Muslims around the world do not consider the burqa a requirement of Islam. However, spokesperson for the Taliban’s Ministry of Prevention of Vice and Promotion of Virtue Akif Muhajir said that the burqa is a “compulsory” part of the religion. He said that only 1% of Afghan women were not already complying with the Taliban’s understanding of how women should dress.

Afghanistan has bigger problems to discuss than women’s clothing, according to activist Mahbouba Seraj…

“We have a million other problems. Women are not a problem! Schools need to be opened, work needs to be given to families. There is famine all over this country. There are suicide bombings… [but] instead of looking after that, they are always after women.”

Another Afghan activist, 24 year old Shabana Shabdeez said she refused to wear a burqa, “even if they kill me.”

Janneman
It is written in the Koran that a woman is supposed to 'cover her jewels'. Now, translating ancient Arabic religious texts can be tricky. The puritans, like the Saudi's and the Taliban, read it so that a woman should be…
Giltee
And yet the retard Taliban have their hands out for money to prevent the problems they created. No to aid and let them stew in their own cesspit and within a few years they’ll have a civil war on their…
Grumpish
13 hours ago, palooka said: “This is not only the order of the Islamite Emirate, but the order of Allah,” the spokesperson explained. Can he explain where in the Koran this is stated please? "women should cover their adornments" and…

palooka
2 hours ago, Grumpish said: "women should cover their adornments" and "(man and) women should be modest in appearance" - but the problem is that these are cultural norms, and Islam doesn't seem to allow for cultural norms other than…

Cabra
Taliban doing what the Taliban does... Not surprised other than the fact it took them this long to do it

G7 countries commit to phasing out imports of Russian oil