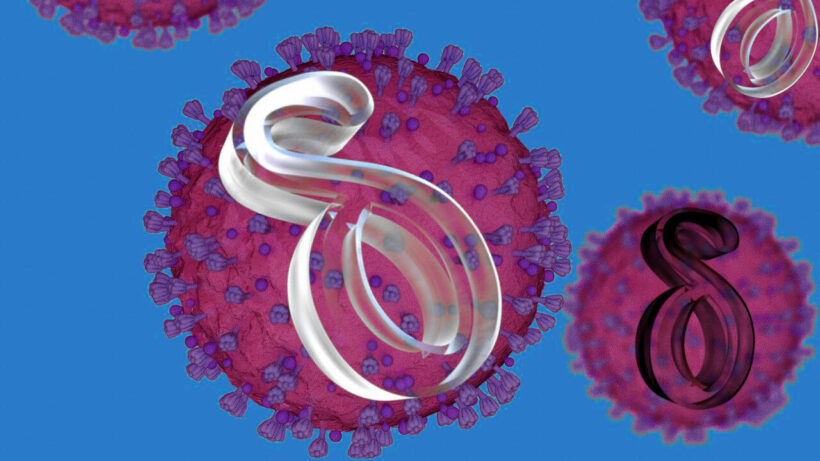 PHOTO: The Delta variant hit Thailand in May and is now the dominant strain. (via Wikimedia)

Weeks ago experts predicted that the Delta variant would become the predominant strain of Covid-19 in Thailand by early August. Now, as foreseen, a new study shows that 78.2% of all new Covid-19 infections throughout the country are of the Delta variant.

The Medical Sciences Department’s Director-General revealed the results of a test the department had been running in their networks of labs in which they tested a random sampling of Covid-19 infections from around the country during the last week of July. The experiment tested 2,547 different samples and found that 1,993 of them were of the Delta variant of Covid-19, a full 78.2%.

Almost all the remaining cases were of the Alpha variant, with about 21.2%, 538 people, being confirmed as such and 0.6% of people identified as the Beta variant, just 16 people. The Delta variant has been found now in 74 of the 77 provinces in Thailand, having spread to all corners of the country. The troubling new Lambda variant first identified in Peru and now spreading through South America and thought to be much more vaccine-resistant than other strains has fortunately yet to be found in Thailand.

The Delta strain was more prevalent in Bangkok which was expected as it was where the strain first began spreading, but the figures for the rest of the country are alarmingly high. 86.2% of all 1,229 Covid-19 infections in Bangkok were of the Delta variant. The remaining 13.8% were the Alpha strain.

The Delta variant first hit Thailand in mid-May and spread quickly throughout the country. The first known case inside Thailand was in a Thai woman and her 4 year old son who flew into the country from Pakistan.

Faraday
5 hours ago, NCC1701A said: "A Doomsday COVID Variant Worse Than Delta and Lambda May Be Coming, Scientists Say" ?? https://www.newsweek.com/2021/08/13/doomsday-covid-variant-worse-delta-lambda-may-coming-scientists-say-1615874.html Yup, one puff & you get permanent brain damage - or so my teacher at school told us. If anyone…

AussieBob
7 hours ago, BookShe said: I also find it quite interesting that cases flare-up in India pretty fast, but they came down at the same speed. (approx two months each way) Thailand however just keeps climbing higher every day during…
kmc
the only real virus we should fear...is the media (not you thaiger? tho)