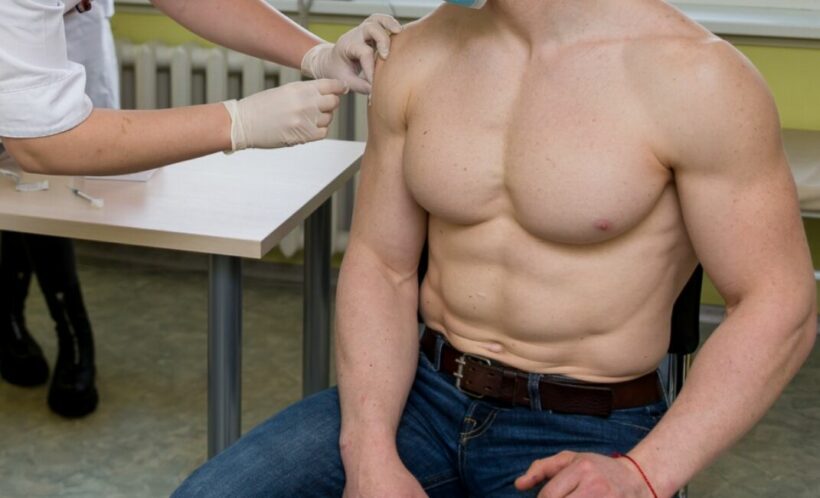 PHOTO: Despite conspiracy theories, the Covid-19 vaccine isn't killing athletes. (via Inside the Games)

An apparently false conspiracy theory that the Covid-19 vaccine is killing athletes has once again been pushed by prominent “anti-vaxxers.” US Senator Ron Johnson claimed that 22,000 people have died from the vaccine including many athletes. And Basketball Hall of Famer John Stockton contended that over 100 athletes had died after receiving a Covid-19 vaccine. Neither of these statements were offered with any proof and there does not appear to be any validity in them.

Despite these statements, health officials have yet to find any link between vaccinations and any deaths or injuries in professional athletes. No professional sports league has found a rise in injuries or death after their athletes got the vaccine. For example, the National Football League in the US is now 95% vaccinated with about 3,000 total players and have not reported a single hospitalisation or death related to a Covid-19 vaccine.

Senator Johnson, known for chasing conspiracy theories, spoke on “The Charlie Kirk Show”, a popular conservative podcast, where he made the claim have widespread death from vaccinations. His spokesperson later said he had been referring to worldwide deaths that he believed federal agencies should be investigating, though his comments on the air were more attention-grabbing.

“We’ve heard story after story. I mean, all these athletes dropping dead on the field, but we’re supposed to ignore that.”

Since the Covid-19 vaccine was created, many conspiracy theories have swirled around their use, effectiveness and safety. Unfounded claims that healthy athletes are dropping dead during basketball or football games go viral all the time without fact-checking. Articles about amateur athletes who die while participating in sports are shared on social media despite rarely mentioning if the person had the Covid-19 vaccine or not.

While athletes tend to be healthier than the average person, they also tend to exert themselves a great deal more, and people with underlying conditions like heart problems are more likely to be affected or even die while exercising.

A list of 543 athletes worldwide who have died or been seriously affected was published by Good Sciencing, an anti-vaccine website and widely shared as proof of vaccines killing athletes. The report though does not actually mention whether those who died were vaccinated, and furthermore, the list was culled from the Vaccine Adverse Event Reporting System, a programme that accepts unconfirmed, self-reported cases that patients and doctors submit without any verification.

Health officials remind that there are very minor risks of side effects like myocarditis after vaccination, especially in men or boys, but cases are very rare and usually mild with a quick recovery. Even using VAERS unverified metrics, 0.002% of vaccinated people have died at some point after vaccination.

Philippines reopens Feb 10 for the vaccinated from most countries