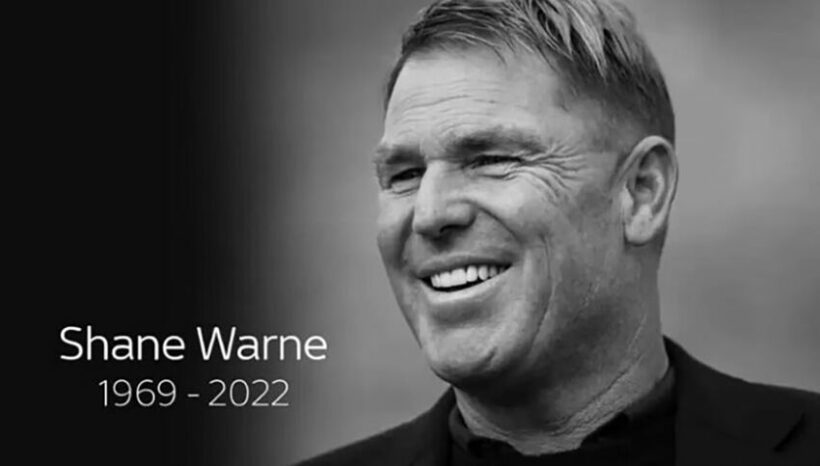 The body of cricket legend Shane Warne has been flown out of Bangkok, landing in his native Melbourne yesterday. According to an AFP report, a private jet transported the body of the 52-year-old, who died of a heart attack last week while on holiday on Koh Samui. After an 8-hour flight, the chartered jet touched at Melbourne’s Essendon North airport yesterday evening.

According to the report, the family is organising a private service for the late cricket star. This will be followed by a state memorial at Melbourne Cricket Ground on March 30 and tickets will be made available to the public. It’s understood there are plans to rename the Great Southern Stand in honour of the cricketer, who took his 700th wicket there in 2006. The state memorial has been confirmed by Victorian Premier, Daniel Andrews.

“There’s nowhere in the world more appropriate to farewell Warnie than the ‘G'”.

Tributes have poured in from around the world for the “king of spin” who has been such a huge part of Australian cricket since his Test debut in 1992. Widely credited with reviving the leg-spin technique, Warne played with a strong Australian Test team during the 1990s and 2000s, contributing to Australia winning the 1999 limited-overs World Cup. Following his phenomenal playing career, he was praised for his insightful commentary.

The cricket star’s family have made public some of their messages of grief and love, with his parents Keith and Brigitte Warne saying they can’t imagine life without him.

“To find words to adequately express our sadness is an impossible task for us and looking to a future without Shane is inconceivable.”

Warne’s son Jackson shared memories of playing poker and golf with his father, reminiscing about watching Aussie rules football and eating pizza with someone he considered as much a brother and best friend as a father.

“I love you so much. I don’t think anything is ever going to fill the void you have left in my heart. You were truly the best father and mate anyone could’ve asked for. I love you so much Dad, see you soon.”