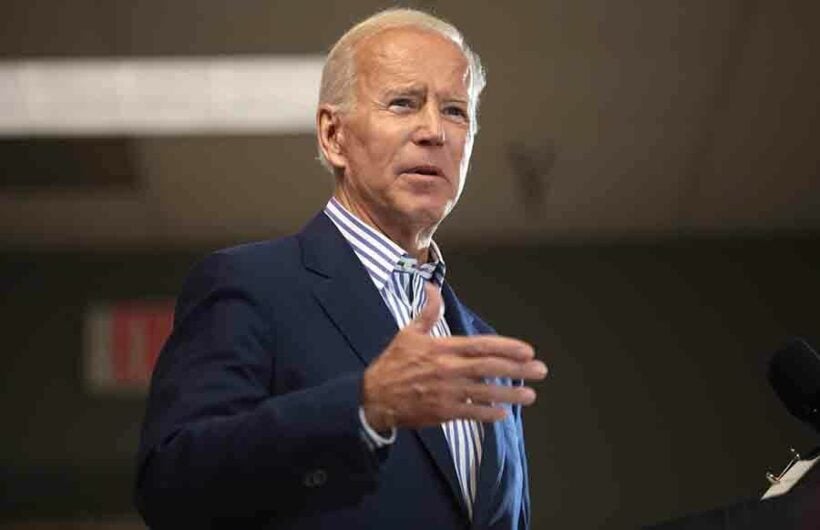 “The United States is back.” So US President Joe Biden opened the first overseas trip of his presidency yesterday. The American leader is anxious to restore his country’s place on the world stage and reassure European allies left alienated and troubled by former President Donald Trump.

Biden was speaking in the small town of Mildenhall, in the eastern English county of Suffolk. The US President’s 8-day trip includes the UK, where he will attend the G7 summit in Cornwall, followed by a meeting with the Queen in London. The President and First Lady, Jill Biden, will then travel to Brussels for a NATO summit and a US-EU trade and technology summit, followed by a meeting with Russian leader, Vladimir Putin, in Geneva, Switzerland.

According to a Thai PBS World report, Biden is calling on the West to show that it can compete economically with China, as the global economy seeks to recover from the Covid-19 pandemic. Speaking at an air force base in Mildenhall, Biden reiterated his belief in democracy.

“We’re going to make it clear that the United States is back and democracies are standing together to tackle the toughest challenges and issues that matter the most to our future. That we’re committed to leading with strength, defending our values, and delivering for our people.”

King Cotton
1 hour ago, Thaiger said: “The United States is back.” And, you know what . . . I believe it is. If only Thailand had a man of Biden's calibre and integrity at its helm, the country would stand a…