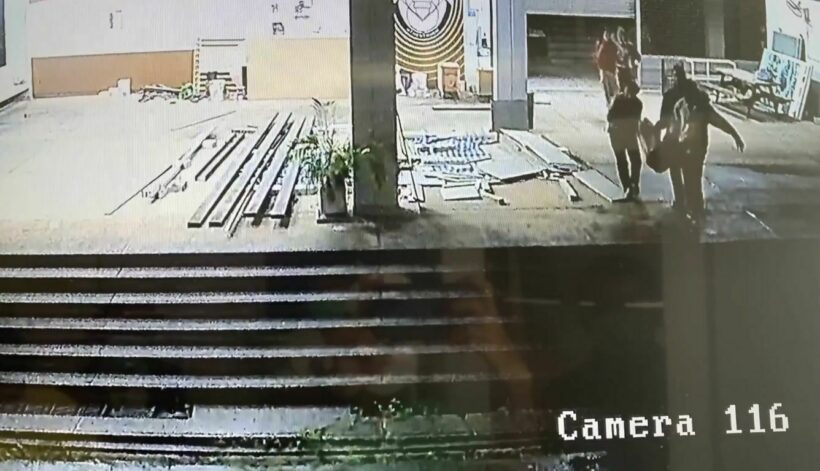 A 22 year old engineering student died after he was allegedly beaten by a group of students at the Rajamangala University of Technology Tawan-ok in Bangkok. Police say they are requesting arrest warrants from the Criminal Court to for 12 university students who were allegedly involved.

On May 27, surveillance camera footage shows the 22 year old second-year student and head of his class, Veeraphan “Pleum” Tamklang, walking into a building at the university’s Uthenthawai Campus with a group of friends at around 8pm. An hour later, he was carried out of the building and appeared to be injured.

The student was sent to the Hua Chiew Hospital and then transferred to the Maharat Nakhon Ratchasima Hospital. He later died on June 5. Doctors say he died from a pulmonary embolism.

Along with assault charges, the students also face charges of violating the emergency decree and the Communicable Disease Act. The students are not allowed to gather due to the Covid-19 pandemic and the 12 students will be expelled from the university.

“I want police to promptly investigate the case and deliver justice for my son. Everything can be forgiven if those senior students admit their guilt.”