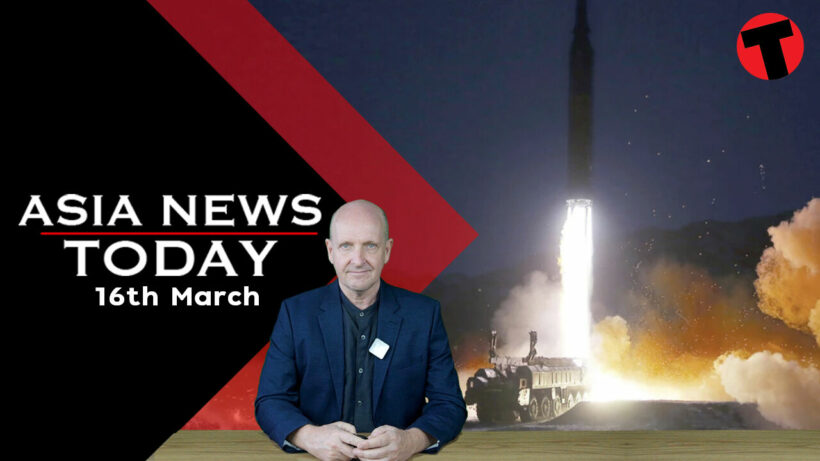 Japanese authorities are ordering crypto exchanges not to process transactions involving any crypto assets as it maintains a stringent asset-freeze against Russia over their invasion and ongoing war in Ukraine. The G7 announced on Friday that Western nations “will impose costs on illicit Russian actors using digital assets to enhance and transfer their wealth.”There are growing concerns that cryptocurrencies are being used to get around financial sanctions imposed on Russia. New guidelines have already been announced that require US-based crypto companies not to transact with any sanction targets. Now the Japanese government says it is strengthening measures against transferring any crypto assets that would violate the sanctions. So far Japan has lagged behind a global shift among financial regulators to set stricter rules on private digital currencies.

Coronavirus infections may still be in their thousands in China, but as this morning some 37 million residents in China were in lockdown. That’s the equivalent of nearly 3 Tokyo’s or 4 Bangkoks. The current outbreak has spread much far faster than previous surges of less infectious coronavirus variants, with daily cases skyrocketing from a few dozen in February to more than 5,100 yesterday, but fewer reported today at 3,602. These are the highest figures since the original 2020 outbreak in Wuhan. The numbers might sound low, compared to other countries, but it’s a blow for China’s zero-Covid policy.
Cases have now been reported in 21 provinces and municipalities, including in Beijing, Shanghai and Shenzhen. Jilin province, which shares a border with North Korea, has become a major hotspot with a controversial university cluster that has prompted public outrage online after quarantined students complained of appalling conditions whilst isolating. More than 4,000 of yesterday’s reported infections were reported in Jilin. Meanwhile, residents in Changchun, Jilin city, Shenzhen and Dongguan are banned from leaving their immediate neighborhoods, except for essential workers and emergency services.

Malaysia’s air vaccinated travel lanes with Singapore, Cambodia and Thailand will be standardised, no matter which country you’re arriving from. The standard operating procedures for the air VTLs will be uniform, using the “test and release” protocol. Travellers will no longer need to wait for their COVID-19 test results within the terminal after they arrive. They’ll be allowed to head off to their accommodation with private transport or taxi, but that accommodation will need to be declared in the MySejahtera Home Surveillance Order. Travellers will then have to self-isolate while waiting for their, hopefully, negative PCR result. The new protocol starts today and is in place for an air arrivals at KL international airport or Penang.

As predicted, North Korea did fire a missile this week, actually early today. The test was originally thought to be as early as last Monday. But now an “unknown projectile” failed immediately after its launch outside Pyongyang. This information from South Korea’s military after Japanese media reported the suspected missile launch by the nuclear-armed North. The remote airfield has been the site of recent launches, including two which the US and South Korea claimed were tests of a new intercontinental ballistic missile. But North Korea maintained those tests were for developing a new reconnaissance satellite. North Korea has been launching missiles at an accelerated frequency this year, conducting its ninth weapons test on March 5, before this morning’s failed launch.

The suicide trend among women in Japan during the Covid pandemic has escalated, with over 7,000 women taking their lives last year.
7,068 women committed suicide in Japan in 2021, the second consecutive year that the number of women’s suicide cases increased.
But, the overall number of suicides in Japan saw a slight decrease, by 74.
Overall, 21,007 people ended their lives in Japan in 2021, that’s 838 higher than the number of suicides recorded in 2019.
The Japanese Health Ministry believes that reasons for women’s suicides included family problems such as “marital discord and pessimism about their family’s future.”
Suicides amongst younger Japanese were not significantly higher in 2021, compared to the pre-Covid 2019.

South Korea reported a whopping record 400,741 new daily COVID infections yesterday and 362,328 today, as the country looks to further ease social distancing rules despite the surge of Omicron infections.Yesterday was also South Korea’s deadliest day of the pandemic with 293 Covid-related deaths reported. Officials say that the current strain on the country’s hospital system is expected to increase in coming weeks, considering the time lags between new infections, hospitalisations and deaths. Senior Health Ministry’s Park Hyang says that because of the country’s high vaccination rates, they’ve been able to weather the omicron surge with lower levels of fatalities than what was seen in both the US and Europe, which were hit by the variant in January and early February. More than 62 per cent of South Koreans have received booster shots.

K-pop supergroup BTS, the world’s most popular band at this time, will be taking the stage for Grammy Awards for the third consecutive year, on April 3. BTS performed jointly with Lil Nas X at the 62nd Grammy Awards in 2020 and then hit the stage with their megahit “Dynamite” in March last year. The 7-member group has been nominated in just one category this year…. best pop duo or group performance. BTS has broken through the bamboo ceiling in the US pop charts spending the most number of weeks at the top of the Billboard Singles chart in 2021, with 3 Number 1 songs. BTS are also the first asian band to win the most popular artist award at this years American Music awards.