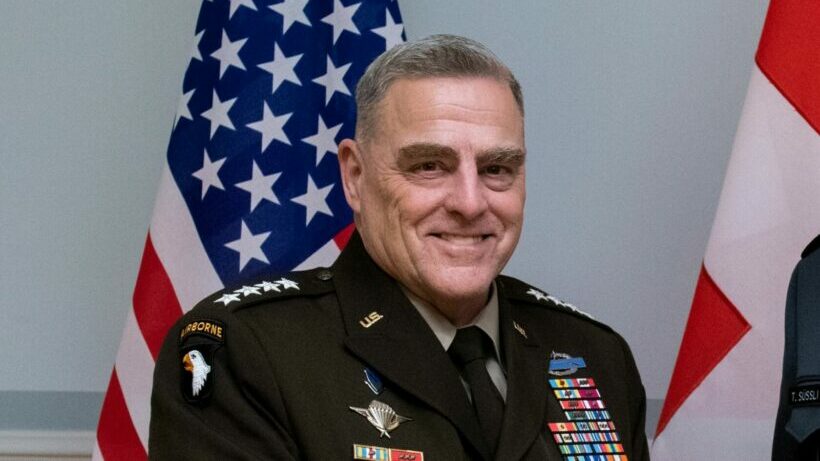 The American General, Mark Milley is defending himself following a revelation in a book that he had “secret” calls with China during concerns about former President Donald Trump. The calls date back to last October and January and were meant to reassure the Chinese military, says Mark.

Former President Trump says the claims were made up and Republicans have demanded the general be dismissed from his post. Current President Biden says he has “great confidence” in the general. The general’s spokesperson says that calls pertained to his “duties and responsibilities” to convey a sense of reassurance and to keep up strategic stability with China.

The BBC says the phone calls were to another general, General Li Zuocheng and were revealed in the book “Peril”, written by Bob Woodward and Robert Costa. The book says the calls happened right after the presidential election when Trump denied that he lost the election. The book alleges that following the January 6 riots, the American general and the Chairman of Joint Chiefs of Staff felt certain that Trump’s mental status had seriously deteriorated after the election.

Mark allegedly told Li that the American government was stable, and that America would not be attacking China. But if they did, China would be warned first. Trump is now accusing Mark of treason and has dismissed the phone calls as fake news. US Republican Senator Marco Rubio is calling on President Biden to fire the general. The White House maintains they have full confidence in the general.

Poolie
25 minutes ago, 9S_ said: Don’t worry the top Chinese generals will inform Mark Milley. The fact they haven’t attacked yet just proves how strong our alliance is with China! Mark will let them know when the US will attack…