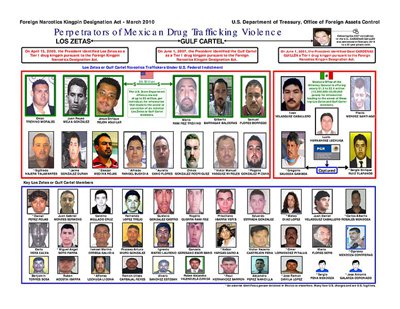 PHUKET: The death toll has risen to ten after gunmen opened fire at a strip club in northern Mexico, state officials said yesterday, in what appears to be the latest act of drug-related violence in the country.

The attack happened at around 11pm local time on Monday when a group of gunmen entered the ‘Matehuala’ strip club located in the downtown area of drug-plagued Monterrey, Nuevo Leon, the third largest city in Mexico.

The gunmen reportedly identified themselves as members of the Gulf drug cartel before shooting indiscriminately at the club’s employees and clients, according to state security council Jorge Domene.

Domene confirmed that four people died at the scene while four more died shortly after being transported to local hospitals. As investigations were being conducted at the crime scene, authorities later reported finding two more bodies in air conditioning ducts, where they were believed to be hiding.

Four of the fatal victims were employees.

The city of Monterrey, around 237 kilometers (147 miles) from the border with McAllen, Texas, has been plagued with drug trafficking violence. The Zetas and Gulf drug cartels have been violently battling in a turf war in the region.

Some 2,000 people died in drug-related violence in the state of Nuevo Leon in 2011 alone.