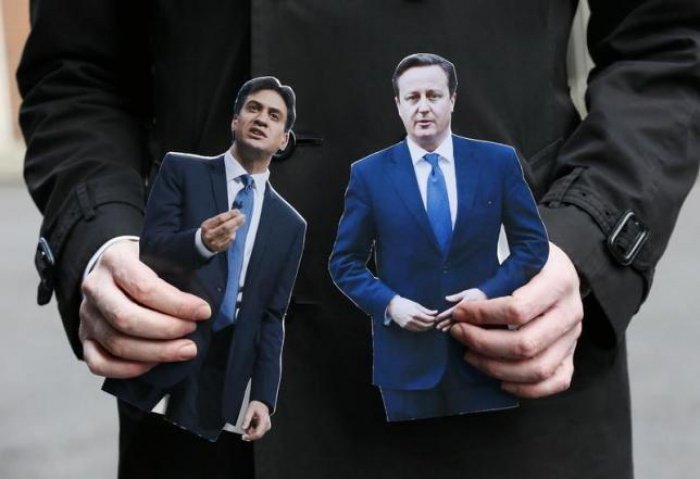 PHUKET: Campaigning in Britain’s most unpredictable election in a generation enters its final day on Wednesday with the two main parties level in most polls and neither on track to command a majority in the parliament of the world’s fifth largest economy.

Despite more than five weeks of campaigning, neither Prime Minister David Cameron’s Conservative party nor Ed Miliband’s opposition Labour has established a clear lead, and the outcome of Thursday’s vote could be messy and uncertain.

The stakes are higher than usual because of a rare confluence of factors which mean Britain’s future in the European Union, as well as its national cohesion, could hinge on the election outcome.

Cameron has promised to hold a referendum on whether to stay in or quit the EU if he returns to power. And polls suggest Scottish nationalists could emerge as the third largest party, despite losing a plebiscite last year on whether Scotland should break away from the United Kingdom.

“The consequences if you take a wrong turn could at its worst – and I’m not predicting this – mean that within a matter of years, two unions which are pivotal to the prosperity and way of life of everybody in Britain are lost,” Nick Clegg, the deputy prime minister and Liberal Democrat leader, told Reuters during the campaign.

Five years ago, Britain got its first coalition government since World War Two when Cameron fell short of an overall majority and struck a deal with Clegg’s centrist party to govern together to steady the economy.

Many Britons thought that was a one-off.

But the rise of formerly fringe parties such as the pro-independence Scottish National Party and the United Kingdom Independence Party (UKIP) has fragmented the political landscape, siphoning off support from the two main parties.

Of five opinion polls released on Tuesday, the Conservatives led in two, Labour in one, and two showed them neck-and-neck.

UKIP suffered embarrassment when it was forced to suspend one of its candidates for threatening to “put a bullet” in his Conservative rival.

The big party leaders have avoided game-changing gaffes but drawn mockery at times: Cameron for forgetting the name of his favorite football team, and Miliband for engraving his campaign pledges on a giant stone, prompting ironic comparisons with Moses.

Cameron, who is banking on one of the strongest economic recoveries in the developed world to get him re-elected, will make his final pitch to voters as he rounds off a two-day road trip.

Stagnant polls have prompted him to refine his message, blending the promise of higher living standards with a warning that Scottish nationalists could hold to ransom a minority Labour government, cajoling it to spend and borrow more.

“Tomorrow, the British people make their most important decision for a generation,” Cameron will say on Wednesday, according to advance extracts released by his office.

Awkwardly for the prime minister, a leading think tank cut its forecast for Britain’s economic growth in 2015 on Wednesday, though it said strong consumer spending should keep the recovery on track.

Miliband, who has put the future of the country’s treasured but troubled health service at the heart of his campaign, will address a final election rally in northern England on Wednesday evening.

Over 45 million Britons are eligible to vote on Thursday, when polls will be open from 0600 to 2100 GMT.

William and Kate eschew crowns for life with nappies