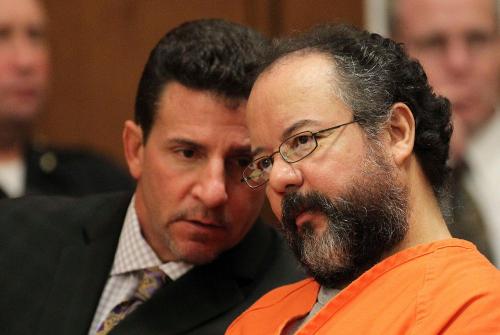 
Russian airport limbo ends for Snowden, new life begins
Reuters/Phuket Gazette
PHUKET: After nearly six weeks in hiding at Moscow’s Sheremetyevo airport, Edward Snowden walked calmly out of the transit area, ducked into a car and was driven away unnoticed.

It was an anti-climactic end to one chapter of a saga watched by the world in which the American, wanted in Washington for leaking details of secret U.S. surveillance programmes, stayed out of sight for almost 40 days and nights.

Hardly any pictures of him appeared in that time. One showed the 30-year-old meeting human rights activists at the airport, another showed him about to leave the airport.

But by the time that photograph was shown on Russian state television on Thursday evening, Snowden was long gone.

Many questions remain about the former U.S. spy agency contractor’s time in the transit area, a no-man’s-land for those with connecting flights who normally stay, at most, a few hours.

But a picture is emerging of a man who had become physically and mentally exhausted, increasingly anxious for some certainty about his future and desperate for something resembling normality after two months on the run.

“During his time there it was very difficult, psychologically difficult, because when someone’s waiting he doesn’t understand what will happen,” his Russian lawyer, Anatoly Kucherena, told Reuters in an interview.

“His first desire was to gulp the fresh Moscow air.”

Snowden was at first incredulous when Kucherena told him Russia had granted him a year’s temporary asylum, and then delighted. Kucherena said he left the airport with a backpack, a string bag and a sense of relief.

“He needs a period of rehabilitation, or adaptation, because he is very tired and morally exhausted.”

Speculation has been rife that Russian security services “debriefed” Snowden to find out more about the operations of the U.S. National Security Agency (NSA) he had worked for briefly. Moscow and Kucherena deny this, and say there was no special deal to secure Snowden’s asylum status.

Snowden found himself trapped as the United States revoked his passport and put fierce pressure on other countries not to allow any plane carrying him to use its airspace.

He may have fully understood the seriousness of his plight only after four European allies of the United States on July 2 refused to let a plane taking Bolivian President Evo Morales home from Moscow enter their airspace because they thought Snowden was on board.

Nicaragua, Venezuela and Bolivia offered to shelter Snowden, but he feared his plane would be intercepted en route.

Snowden then summoned human rights activists and lawyers to meet him at Sheremetyevo on July 12, apparently to prepare the way for a temporary asylum request in Russia. People who took part said Snowden looked pale, thin and nervous.

He managed to retain a dry sense of humour. The same day, in response to an email from a Reuters journalist who had spent a lot of time at the airport, he replied: “I, too, have been spending a bit of time in the airport.”

Kucherena said during the meeting he asked Snowden why he had not applied for asylum in Russia. As soon as he took up Snowden’s cause, signs grew that his case would be successful.

Snowden’s father, Lonnie, appeared on Russian television on Wednesday in what may have been a move to prepare Russians for Edward Snowden leaving the airport.

“There is little doubt that this was a dramatic, television preamble to some kind of event,” Anna Kachkayeva, a prominent media expert, said of the interview. She said it was intended to “evoke a sense of sympathy from many people”.

Snowden’s future in Russia is uncertain. His document allows him to work and travel and can be renewed multiple times.

He has received a marriage proposal from former Russian spy Anna Chapman, albeit sent online without meeting him, and a job offer from a Russian social networking site.

Kucherena says he cannot rule out that Snowden might host a television chat show.

“He needs to work. He is not a rich man and the money that he had, he has of course spent on food,” he said. “Of course he understands that he has to work and he has to keep on living.”


China rights scenario deteriorating, says United States
Reuters/Phuket Gazette
PHUKET: The United States got few answers to questions about detained activists during its annual rights dialogue with China, and believes the situation in the country continues to deteriorate, a senior U.S. official said on Friday.

“Regrettably yes, I think we’ve continued to see a deterioration in the overall human rights situation in China,” Zeya said, pointing to growing harassment of family members, such as that of the relatives of blind legal activist Chen Guangcheng, now living in the United States.

“The targeting of family members is one reason for that assessment… This is a worrisome trend and one which we have raised at senior levels with the Chinese government,” Zeya added.

But rights groups say there has been no let up in the pressure on activists, dissidents and other groups, such as Tibetans, who have been pushing for reforms and more freedom.

China has yet to give its version of how the rights talks with the United States went.

“We certainly did raise a number of specific cases … In some cases we were able to receive some information. I would say overall it fell short of our expectations,” Zeya said.

Since Xi became president in March, police have detained around 30 of those campaigning for officials to reveal their wealth, say rights groups. Among them is well-known legal activist Xu Zhiyong, whose case Zeya said she also raised.

She said the rights situation in the restive regions of Tibet and Xinjiang were also mentioned, besides the issue of the Dalai Lama, Tibet’s exiled spiritual leader, who is reviled by Beijing as a separatist.

Speculation surfaced this year that China might take a softer line towards the Dalai Lama, partly due to an article by a scholar from the Central Party School, which trains rising officials, who said that China could take some steps to resume talks with the Dalai Lama’s representatives that broke down in 2010.

“We did discuss our concerns in depth with respect to controls in place in Tibet,” Zeya said. “I would say that we did not come away with an impression of a shift in policy.”


Cuban death toll from methanol sold as rum climbs to 11
Reuters/Phuket Gazette
PHUKET: Eleven Cubans have died this week and more than 60 are in hospital after consuming toxic industri