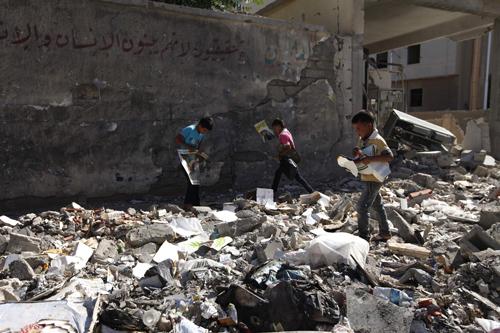 The incident occurred at around 1am local time when the woman decided to hitchhike her way back to Manali, the popular tourist site in the state of Himachal Pradesh, after visiting the Vashisht village on Monday afternoon and failing to find transportation.

According to the Hindustian Times, the 31-year-old woman was able to flag down a truck, but soon after, the driver pulled over at a secluded area where he and two of his friends allegedly raped the woman for around an hour.

The men then stole her camera, cellular phone, tablet, and cash, before dropping her off at Beas bridge at around 3am. The woman walked toward the nearest police station, and authorities later confirmed the sexual assault after conducting medical tests at a civil hospital in Manali.

The US Embassay was informed and in contact with the victim, as the media outlet said authorities later detained three youths, although the victim was unable to identify them. The woman’s identity was not immediately disclosed.

The number of sexual assaults in India has dramatically increased in recent months, as the number of female tourists has also dropped. One of the most alarming incidents occurred in New Delhi earlier in the year when six men gang-raped a 23-year-old Indian student who would eventually lose her life.

Keep checking our the Phuket Gazette’s World News section, join our Facebook fan page or follow us on Twitter at @PhuketGazette for the latest international news updates.

PHUKET: France said yesterday it had performed tests that proved President Bashar al-Assad’s forces had used nerve gas in Syria’s civil war, a “red line” that the United States and other countries have repeatedly said would demand a response.

Washington separately said it would deploy Patriot missiles and F-16 fighter jets to Syria’s neighbour Jordan for a military exercise and perhaps longer. Russia, Assad’s main international backer, criticized the move and accused the West of inflaming the conflict by sending arms to the war zone.

French officials said their tests were the first that complied with international standards and proved that chemical weapons were used in Syria.

Washington, which has said for months it believes Assad’s forces probably used chemical weapons, said it still needed to study the evidence. “We need more information” about claims of such use, White House spokesman Jay Carney told reporters.

In one case it was not possible to prove who was responsible, but “in the second case there is no doubt that it was the regime and its accomplices, because we are aware of the entire chain from when the attack took place, to when the people were killed and when the samples were taken,” he said.

The results were handed to the head of a U.N. chemical weapons investigation team on Tuesday in Paris, Fabius said.

A French diplomatic source said samples included blood and urine from victims, taken after a government helicopter bombed Saraqib near the northern city of Idlib on April 29.

The mounting evidence of the use of poison gas poses a dilemma for Western countries including the United States, which have promised to act if such weapons are used but have no obvious path for a military intervention.

Syria has not signed up to an international treaty banning the use of chemical weapons but has said it would never use them in an internal conflict.

Both the Syrian government and the rebels accuse each other of using chemical weapons, although Washington and other Western countries say they doubt the rebels have done so.

Asked whether a “red line” had been crossed, Fabius said “undoubtedly”. Paris was discussing with allies how to react.

“All options are on the table,” he said. “That means either we decide not to react or we decide to react including by armed actions targeting the place where the gas is stored.”

He said the military option was not at the top of the list for now as it was still vital to ensure that efforts to reach a peaceful solution were not hindered.

The French diplomatic source said Paris hoped the results of its chemical tests would help U.N. investigators push their case to enter Syria. When inspectors report, France will push for action at the U.N. Security Council, where three resolutions against Assad have so far been vetoed by Russia and China.

“This is a way of adding pressure on Syria and those who support it,” the source said. “I can’t see how Russia could defend the use of chemical weapons.”

Keep checking our the Phuket Gazette’s World News section, join our Facebook fan page or follow us on Twitter at @PhuketGazette for the latest international news updates.

PHUKET: From the streets of Seoul to the European parliament, a new generation of North Korean defectors is stepping into the limelight, telling their personal stories to highlight the human rights abuses in their homeland.

It’s a major change for the defector community, especially in South Korea, where for years they lived on the margins of society. Most did menial jobs and kept quiet, avoiding attention for fear of being labelled a “Red” or a “Sympathiser with the North”.

“I plan to speak out as much as possible,” said Hyeonseo Lee, who on a recent Friday evening addressed a street rally in Seoul for an event called North Korea Freedom Week.

Lee, 33, wowed the audience at this year’s TED Conference, an international forum for people to promote their ideas. At the February gathering in Long Beach, California, Lee gave a harrowing account of life in North Korea and her eventual escape to South Korea via China, where she spent years in hiding.

Experts said it’s too early to tell what impact this newfound outspokenness will have on international policy toward North Korea, already under layers of U.N. sanctions over its banned