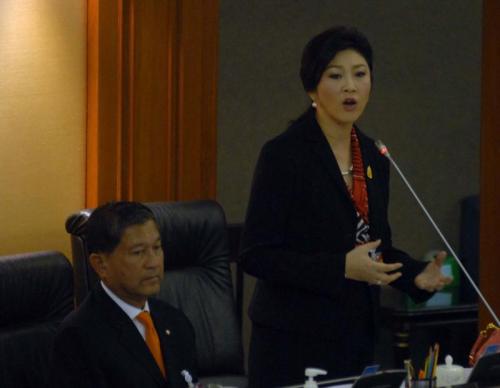 PHUKET: US authorities have arrested and indicted a Thai woman residing in Berkeley, California, and five others for illegally exporting restricted firearm parts from the US to Thailand, federal prosecutors said Monday.

US media quoted the US Attorney’s Office as saying that Supanee Saenguthai, a 35-year-old Thai citizen, is one of six people who were arrested over the weekend for conspiring and then attempting to violate the Arms Control Export Act.

The indictment the six defendants conspired between 2011 and this year to export restricted firearms parts to Thailand from the U.S. The co-conspirators did not obtain the appropriate licenses to make the shipments and used false names and invoices to avoid detection, according to the U.S. Attorney’s Office. Prosecutors said the various firearms were packed in specific ways designed to avoid detection by X-ray scanners.

Shipments of firearms parts made by the co-conspirators allegedly mislabeled the contents of packages. For instance, containers labeled “vented steel case for electronic components” contained magazines for .45 caliber handguns, according to the U.S. Attorney’s Office.

Other gun parts were falsely labeled as “hobby parts” and “glow in the dark marker sets,” prosecutors said. The group of six defendants is believed to have made more than 240 shipments of restricted firearms components.

PHUKET: While the top post in the National Security Council (NSC) remains uncertain ahead of the June 13 peace dialogue with insurgents in Kuala Lumpur, violence in the deep South continued yesterday with three bombs in Pattani and Narathiwat.

Eight people were injured, while a law-enforcement raid on a Narathiwat rubber plantation seized many bomb components.

Despite the Central Administrative Court’s order for reinstatement of Thawil Pliensri to the NSC, council chief Paradorn Pattanatabutr said yesterday there had been no order to change the position. He remains leader of the Thai representatives in talks with Barisan Revolusi Nasional (BRN) set for June 13.

The team is adjusting strategy, he said, and it will report to Deputy PM Chalerm Yoobamrung next week. Saying there was concern BRN would launch an operation ahead of the talks, Paradorn said it would not be a violation of the dialogue’s rules if BRN posted another clip on YouTube.

Meanwhile, PM Yingluck Shinawatra said she had not decided whether to appeal against the court’s ruling on the Thawil case. She was awaiting study of the court ruling by PM’s secretary Suranand Vejjajiva and PM’s Office permanent secretary Thongthong Jantharangsu as well as consultation with a legal team.

Chalerm said he had authorised deputy Army chief General Dapong Rattanasuwan to work on the region’s problems and integrate the work of six agencies there. He would send a team led by Deputy Interior Minister Pracha Prasopdee to visit the region today to gather complaints and he himself would visit there after June 15.

Meanwhile, violence continues. In Pattani’s Yaring district, a five-strong paramilitary team was hit by a bomb while patrolling a road on foot at 7.30am. Also in Pattani, Yarang district chief Somneuk Phromkhiew’s convoy, returning from a ceremony presenting houses to the poor, narrowly escaped a roadside bomb. In Narathiwat’s Sukhirin district, a bomb exploded in front of a grocery shop causing three civilian injuries.

Officials were also busy making arrests. In Narathiwat’s Rusoh district, the 50-strong combined security unit raided a rubber plantation behind a boarding school in Ban Pu Poh, but the insurgents had fled. Officials found 50 items including bomb components, medical supplies, and a list of alleged insurgents and sympathisers. Thirty soldiers searched a nearby wooded area for the insurgents, suspected of launching a March 29 bomb attack that killed Captain Siwat Sripujyo.

Another official team yesterday nabbed Mahamu Mahataeha, 38, a suspect in the April 5 bombing that killed Yala deputy governor Issara Thongthawat. Mahamu, who was detained in Rusoh district, was implicated by a previously captured suspect, Abdullah Pula, but he denied wrongdoing. He was taken for interrogation to the 41st Ranger Regiment.

Anupong, who had been acquitted of the robbery and murder of Pol Sgt-Major Panya Darahim in 2004, claimed Panupong and other investigators had beaten him into confessing to the crime.

Panupong and 18 others were later let off the hook. Anupong said he was happy he was cleared and would not pursue the case.

Keep checking our the Phuket Gazette’s Thailand News section, join our Facebook fan page or follow us on Twitter at @PhuketGazette for the latest national news updates.