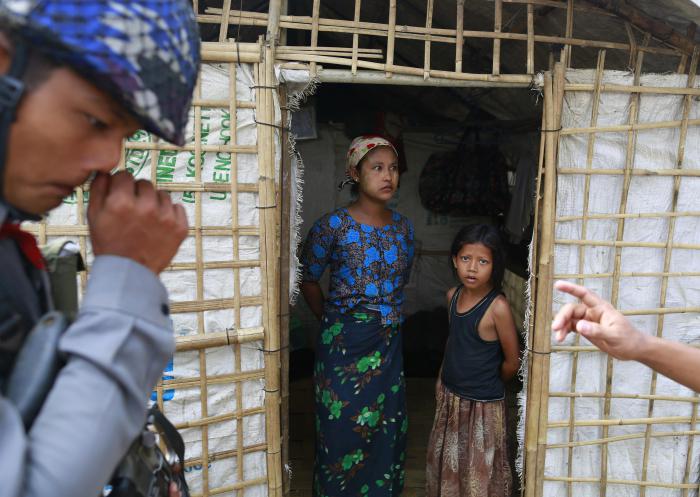 PHUKET: The United States called on Myanmar on Wednesday to lift travel restrictions on U.N. and other humanitarian staff to allow them to resume work in the country’s Rakhine State, which has been hit by ethnic and religious violence.

The State Department expressed deep concern about what it termed “a humanitarian crisis” in the state and said violent mob attacks on U.N. and non-governmental organization offices had worsened an already troubling situation.

“We call on the … government to rescind travel restrictions and to facilitate the appropriate travel authorizations to the United Nations and other humanitarian organizations so they may resume services to all vulnerable people in Rakhine State,” it said.

“We further call on the government to take meaningful steps to provide security for all humanitarian workers and residents of Rakhine State.”

Aid agencies were forced to halt operations in Rakhine a week ago when hundreds of ethnic Rakhine Buddhists destroyed staff homes, offices and warehouses as well as boats used to transport supplies. Police fired warning shots to quell the rioters and rescue aid workers.

Humanitarian workers forced to evacuate the area said about

20,000 people in displacement camps around the town of Sittwe would run out of drinking water within 10 days, while food stocks would run out within two weeks, imperilling thousands.

Aid groups have long drawn the ire of some in the ethnic Rakhine Buddhist community who accuse them of favouring the mainly Muslim Rohingya, who make up the vast majority of victims of violence that has displaced more than 140,000 since June 2012.

The evacuations came as Myanmar prepared a census – the country’s first since 1983 – which has sparked controversy because it includes questions on religion and ethnicity.

The U.S. statement urged the government to take steps to ensure the census was conducted “in a manner consistent with international standards and the government’s commitment to national reconciliation and the peaceful resolution of ethnic and religious differences.”

Sectarian tensions are especially marked in Rakhine, which is home to a million mostly stateless Rohingya whom the government refers to as Bengali, implying they are illegal immigrants from Bangladesh.

While “Rohingya” is not listed on the census form, people have the option to check “other” and ask enumerators to fill in their ethnicity. Some Rakhine Buddhists have threatened to boycott the census out of concern that it could lead to official recognition for the Rohingya.

On Tuesday, the U.N. Population Fund, or UNFPA, which helped organize the census, said it was concerned about the decision not to allow respondents to “self-identify” as Rohingya, calling this “a departure from international census standards, human rights principles and agreed procedures.”