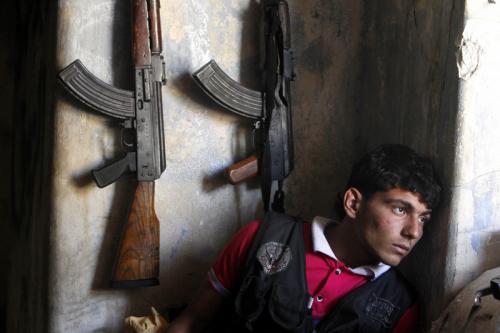 A year ago, the Nobel Peace Prize winner was feted at home and abroad and flush from her National League for Democracy (NLD) party’s landslide wins in April 2012 by-elections, which swept her into parliament.

Even a military-drafted constitution designed to exclude her from the highest office seemed a surmountable hurdle.

Now the journey from political prisoner to president appears much less certain, even as her ambition is clearer than ever.

“I want to be president and I’m quite frank about it,” she told journalists at the World Economic Forum in the capital Naypyitaw on June 6.

But to emerge as president after a 2015 general election, Suu Kyi, 68, must overcome challenges that would daunt a less formidable political survivor.

She must convince a military-dominated parliament to amend the constitution.

Even if she can do that, and the constitution can be amended in time, she could then face a voter backlash over her position on a violent and widening rift between her nation’s Buddhists and minority Muslims.

Her rare public expressions of support for Muslims, who have borne the brunt of waves of sectarian violence, put her in a politically fraught position in the Buddhist-majority country.

Some people wonder if the violence is being exploited by conservative opponents to chip away at her support.

To win power, she would also have to fend off two former generals who covet the top spot. The first is Shwe Mann, the influential speaker of Myanmar’s lower house.

The other is the popular incumbent Thein Sein, whose quasi-civilian government took power in March 2011 after nearly half a century of military rule and launched a series of political and economic reforms. Thein Sein might seek a second term despite health concerns.

Suu Kyi’s most immediate problem is the constitution.

“By all accounts it was drawn up with her in mind,” Andrew McLeod, a professor at Sydney Law School and deputy director of the Myanmar Constitutional Reform Project, said of the constitution, drawn up under the former military junta.

Any constitutional amendment would require 75 percent support in parliament – no easy task when the constitution also reserves a quarter of seats for the military.

Most of the rest of the members of parliament are members of the Union Solidarity and Development Party (USDP), created by the old junta and largely made up of retired military officers.

If passed by parliament, an amendment must win more than half the vote in a referendum. Some analysts say there just isn’t enough time to do all that before the 2015 election.

But even if she can pull off the amendments, the reality of partisan politics could threaten Suu Kyi’s presidential hopes.

Suu Kyi, the daughter of the hero of the campaign for independence from Britain, faces pressure internationally to defend the persecuted, including Muslims. But when she does, her once-unassailable popularity is threatened.

At least 237 people have been killed in violence between Myanmar’s Buddhists and Muslims over the past year and about 150,000 people have been left homeless. Most of the victims have been stateless Rohingya Muslims in the western state of Rakhine.

Groups such as the New York-based Human Rights Watch have condemned Suu Kyi for not using her moral authority to speak in defence of the Rohingya for fear of upsetting the Buddhist majority ahead of the election.

A 1982 law bars most Rohingya from citizenship and the government – and many ordinary Buddhists – consider them illegal immigrants from Bangladesh even though many can trace ancestry in Rakhine state for generations.

When asked about her failure to strongly condemn violence against the Rohingya, Suu Kyi said at the World Economic Forum she didn’t want to “aggravate the situation” by taking sides. But she has criticised a policy in Rakhine State limiting Rohingya women to two children.

Suu Kyi has also said the government should re-examine the 1982 citizenship law. But that prompted the Daily Eleven newspaper to warn that any attempt by her to change the law would alienate voters and cost her party the next election.

For Suu Kyi the presidency would crown a remarkable life.

The military put her under house arrest in 1989 following the suppression of pro-democracy protests. The NLD swept a 1990 election by a landslide but the junta ignored the result and kept Suu Kyi under house arrest for 15 of the next 20 years.

She was released in November 2010 a week after a general election, widely regarded as rigged, swept the USDP to power. The NLD boycotted the election as undemocratic.

The European Union and United States have lifted or suspended most sanctions against Myanmar, although Washington warned they could be reimposed if it backtracked on reform.

Denying Suu Kyi a crack at the presidency could suggest to the world that Myanmar is doing just that, said McLeod. This could prompt Western companies to halt investment in one of Asia’s last frontier economies.

But Bertil Lintner, a veteran journalist and author of several books on Myanmar, said that was not likely.

“I think the foreign business community would prefer to have the USDP and the military in power,” he said. “For them, it means stability and continuity.”


China jails 19 Uighurs for religious extremism
Reuters / Phuket Gazette
PHUKET: Courts in China’s far western region of Xinjiang have sentenced 19 ethnic Uighurs to up to six years in jail for promoting racial hatred and religious extremism online, in the latest crackdown on what China sees as violent separatists.

All but one of those jailed were from the heavily Uighur southern part of Xinjiang, including eight from the old Silk Road city of Kashgar, the official Legal Daily reported on its website.

Many Uighurs, a Turkic-speaking Muslim people who call energy-rich Xinjiang home, chafe at Chinese government restrictions on their culture, language and religion. China says it grants them wide-ranging freedoms.

In one of the cases, the suspect went on illegal websites to download material which “whipped up religious fervour and preached ‘holy war'” and “whipped up ethnic enmity”, the Legal Daily said in its report late on Wednesday.

“This created a despicable effect on society,” the newspaper said, citing the court ruling.

Another suspect was jailed for spreading materials from overseas via the Internet which “advocate religious extremism and terrorism”, the newspaper added.

While the report did not specify the ethnicity of those jailed, their names and the location of the courts where they were sentenced indicated they were all Uighurs.

China accuses armed Uighur groups of having links to Central Asian and Pakistani Islamist militants, and of carrying out attacks to establish an independent state cal