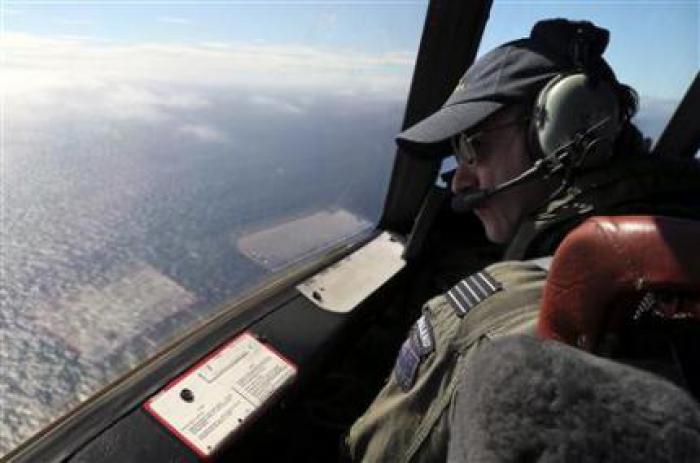 PHUKET: The last words from the cockpit of the missing Malaysian airliner were a standard “Good night Malaysian three seven zero”, Malaysian authorities said, changing their account of the critical last communication from a more casual “All right, good night.”

The correction almost four weeks after Flight MH370 vanished was made as Malaysian authorities face heavy criticism, particularly from China, for mismanaging the search and holding back information.

Painstaking analysis of radar data and limited satellite information has focused the search on a vast, inhospitable swathe of the southern Indian Ocean west of the Australian city of Perth, but has so far failed to spot any sign of it.

“Good night Malaysian three seven zero” would be a more formal, standard sign-off from the cockpit of the Boeing 777, which was just leaving Malaysia-controlled air space on its route from Kuala Lumpur to Beijing.

Malaysia says the plane was likely diverted deliberately, probably by a skilled aviator, leading to speculation of involvement by one or more of the pilots. Investigators, however, have determined no apparent motive or other red flags among the 227 passengers or the 12 crew.

“We would like to confirm that the last conversation in the transcript between the air traffic controller and the cockpit is at 0119 (Malaysian Time) and is “Good night Malaysian three seven zero,” the Department of Civil Aviation said in a statement late on Monday.

Minutes later its communications were cut off and it turned back across Malaysia and headed toward the Indian Ocean.

Malaysia’s ambassador to China told Chinese families in Beijing as early as March 12, four days after the flight went missing, that the last words had been “All right, good night”.

The statement said authorities were still conducting “forensic investigation” to determine whether the last words from the cockpit were by the pilot or the co-pilot. Previously, Malaysia Airlines has said that the words were believed to have come from the co-pilot.

Nine ships and 10 aircraft resumed the hunt for wreckage from MH370 on Tuesday, hoping to recover more than fishing objects and other flotsam found so far.

“The search goes on,” Australian Defence Minister David Johnston told Australian Broadcasting Corp radio from Perth. “We’ve got about 200 aviators in the air at any given time … flying over the site looking for debris. It’s a very difficult task.”

Among the vessels due to join the search in the coming days is an Australian defence force ship, the Ocean Shield, that has been fitted with a sophisticated U.S. black box locator and an underwater drone.

Time is running out because the signal transmitted by the missing aircraft’s black box will die about 30 days after a crash due to limited battery life, leaving investigators with a vastly more difficult task.

Malaysia’s acting transport minister, Hishammuddin Hussein, said he would discuss the deployment of “more specific military assets” during a regional defence ministers’ meeting with the United States in Hawaii that he is attending from Tuesday.

“I shall be discussing with the United States, and our other friends and allies, how best we can acquire the assets needed for possible deep sea search and recovery,” said Hishammuddin, who is also Malaysia’s defence minister.

An Illinois judge on Monday dismissed a U.S. law firm’s motion to obtain evidence of possible design and manufacturing defects from Boeing and Malaysian Airlines in connection with the disappearance of the flight.