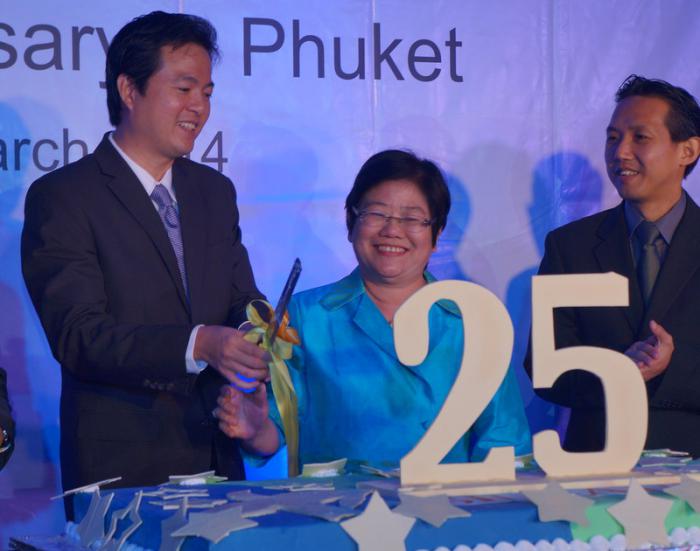 Phuket was one of the five original destinations for the regional airline when it was re-branded from Tradewinds the Airline to SilkAir on April, 1, 1992. The number of destinations served by the carrier will have increased to 47 in 12 countries this year, after Kalibo in the Philippines is added in May 27* and Mandalay in Myanmar is added on June 10.

“This marks an exciting milestone of one of the most reputable regional airlines in the airline industry,” said Phuket Vice Governor Sommai Prijasilpa at the celebratory dinner.

“I would like to thank SilkAir for its commitment to operating in Phuket since 1989. It has definitely contributed to the local economy and has been a great help in establishing Phuket as a world class tourist destination.”

Though SilkAir plans to continue to increase its capacity and number of regional destinations, it will stay committed to the Thai market, explained SilkAir Chief Executive Leslie Thng.

“We remain committed to the long term success of this route, increasing Phuket’s appeal as a popular tourist destination, and providing even better connectivity for the residents of Phuket,” Mr Thng said.

“As we reflect on our 25 years here in Phuket, I would like to take a moment to place on the record my thanks for all the hard work and commitment of our staff in Phuket. From incidents like the Indian Ocean Tsunami in 2004, and airport closure by demonstrators in 2008, our staff have always rallied together and risen to the challenge, ensuring smooth handling of our passengers and flights during these trying times,” concluded Mr Thng.

*The report initially stated that the route to Kalibo in the Philippines was added on March 27. The error is regretted.