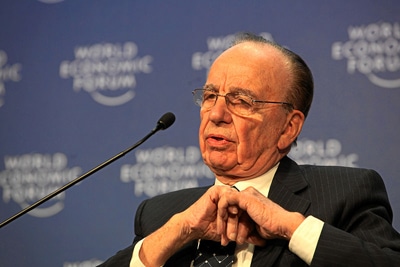 The bodies of Golam Mustofa Sarowar and his wife, Meherun Runi, were first discovered on Saturday morning by their 5–year-old son at their rented flat in Dhaka. Police said they had been stabbed to death earlier in the morning.

Sarowar, who worked as a news editor at Maasranga Television, was found with his hands and legs tied while both had reportedly been hit with sharp weapons.

“My five-year old nephew Megh found the bodies when he went to their bedroom after waking up around 7am. He then called our mother and told her,” said Runi’s brother Nowsher Roman.

Detectives believe it was a planned murder and that the victims knew the assailants, according to BDNews24.com. A police officer said that a security guard has been detained for questioning in connection with the brutal murders.

Meanwhile, more than 50 journalists from different media organizations staged a token strike in front of the National Press Club on Saturday afternoon, demanding the arrest and trial of those behind the murder of the journalists.

Sarowar returned to Bangladesh in 2011 after a few years in Germany, working for Deutsche Welle as a broadcaster and a reporter. Runi was a senior reporter at ATN Bangla television.

The five Sun employees were arrested at their homes in London, Kent and Essex between 6am and 8am local time on Saturday. The Guardian newspaper identified those arrested as the Sun’s deputy editor, Geoff Webster; chief reporter, John Kay; picture editor, John Edwards; chief foreign correspondent, Nick Parker; and reporter John Sturgis.

“All five were arrested on suspicion of corruption; aiding and abetting misconduct in a public office; and conspiracy in relation to both these offenses,” Scotland Yard said in a statement. “They are currently being questioned at various police stations in London and Kent.”

News Corporation, which owns The Sun and numerous other publications, said information provided by its Management and Standards Committee (MSC) led to Saturday’s arrests. “The MSC have provided the option of immediate legal representation to those arrested,” the company said in a statement.

Dominic Mohan, editor of The Sun, expressed shock over the arrests but said he is determined to lead the newspaper through what he described as difficult times. “I have a brilliant staff and we have a duty to serve our readers and will continue to do that,” he said. “Our focus [right now] is on putting out today’s newspaper.”

Scotland Yard said Saturday’s operation relates to suspected inappropriate payments to police officers and other public officials to gather news. “[It] is not about seeking journalists to reveal confidential sources in relation to information that has been obtained legitimately,” detectives said in a statement.

In addition to the five Sun employees, police also arrested a 39-year-old Surrey police officer, a 39-year-old Ministry of Defense employee, and a 36-year-old serving member of the Armed Forces. “The home addresses of those arrested are currently being searched,” police said.

Police were also carrying out a number of searches at the offices of News International, a division of News Corporation, in East London.

“News Corporation remains committed to ensuring that unacceptable news gathering practices by individuals in the past will not be repeated and last summer authorized the MSC to co-operate with the relevant authorities,” News Corporation said in its statement.