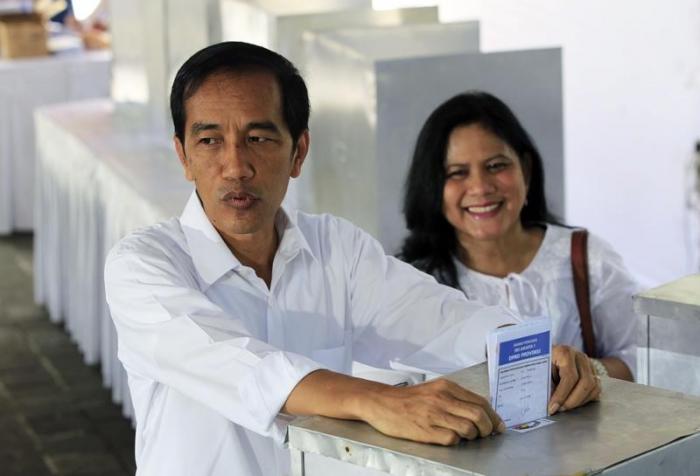 PHUKET: Final results from Indonesia’s legislative election confirmed on Friday that the main opposition party had won, but failed to secure enough votes to put forward its presidential candidate Joko “Jokowi” Widodo without a coalition.

The Indonesian Democratic Party of Struggle (PDI-P) won 18.9 percent in last month’s voting, the election commission said, short of the 25 percent threshold needed to allow the hugely popular Jakarta governor to run as president on July 9.

PDI-P’s failure to secure a decisive victory has led to some concern in financial markets that Southeast Asia’s biggest economy is in for a period of political horse-trading. Both stocks and the rupiah have lost ground since the vote.

However, PDI-P has quickly found a coalition partner, making Jokowi the only candidate so far able to meet the threshold, while other political parties have bickered with each other.

Shortly after the election results were announced, the small National Democrat (NasDem) party, which won 6.7 percent, reaffirmed that it was backing PDI-P and Jokowi.

“We have already announced our coalition with PDI-P and … with the official results, we confirm our alliance with PDI-P,” NasDem party executive Ferry Baldan told Reuters.

Jokowi is expected to name his vice presidential candidate soon. Several names are in the fray, including that of the popular former vice-president Jusuf Kalla.

Candidates and their running mates must be registered by May 18. If no candidate wins a simple majority, there will be a second round in September.

PDI-P’s closest rivals were Golkar, once the parliamentary vehicle of the long-serving Suharto, on 14.8 percent, and Gerindra, led by ex-general Prabowo Subianto, with 11.8 percent.

The two parties have met to discuss the potential for a coalition but have not come to any agreement. Prabowo is running a distant second to Jokowi in opinion polls, but will also need the support of at least one other party to be able to run.

His party’s share of the vote fell to only 10.2 percent from above 20 percent in the previous election.

The final results were largely in line with preliminary counts announced within hours of last month’s vote.