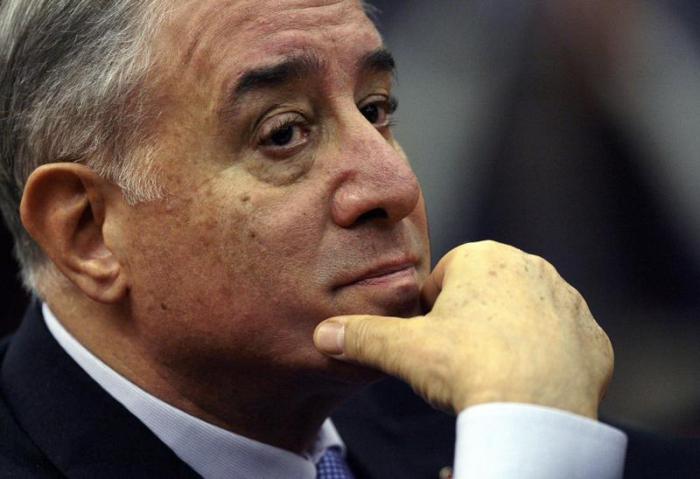 PHUKET: Italy’s highest appeals court on Friday upheld a mafia collusion conviction against a close associate of former Silvio Berlusconi, a further blow for the former prime minister who began serving a tax-fraud sentence earlier in the day.

The court sentenced 72-year-old Marcello Dell’Utri to seven years in prison. The conviction is definitive and cannot be appealed.

Dell’Utri was not present when the ruling was announced because he is being detained in Lebanon. A Palermo court declared Dell’Utri a fugitive last month when it was discovered he had left the country ahead of the final court decision.

Investigators later tracked him down to a luxury hotel in Beirut, where he was arrested by police. Italian prosecutors are seeking his extradition.

The court convicted Dell’Utri of acting as a go-between for the Sicilian mafia and the Milan business elite, including Berlusconi’s companies, from 1974 to 1992. Berlusconi is not a defendant in the trial, which began in 1997.

Defence lawyer Giuseppe Di Peri said he was “very bitter and disappointed” by the ruling and was considering referring the case to the European Court of Human Rights to verify that trial procedures were properly followed.

The ruling is the latest in a series of legal setbacks that have hit Berlusconi and several of his longtime allies, and which threaten to undermine his centre-right party ahead of European Parliament elections later this month.

Berlusconi began serving a year’s community service at an old people’s home on Friday for a tax fraud conviction.

Police arrested Claudio Scajola, a former interior and industry minister under Berlusconi, in Rome on Thursday on suspicion of helping a former party colleague convicted of association with the mafia to flee justice.

Last month, police arrested another former member of Berlusconi’s government, ex-undersecretary in the Economy Ministry Nicola Cosentino, accusing him of colluding with the mafia to quash competition against his family’s gasoline retail business near Naples.

Dell’Utri and four-time Prime Minister Berlusconi, 77, have been friends since they attended university together in Milan in the early 1960s.

Dell’Utri ran the advertising company in Berlusconi’s media empire from 1984 to 1995 and became a close adviser when Berlusconi entered politics two decades ago, helping him to establish his own political party from scratch.

Dell’Utri was elected to Italy’s parliament three times as a member of Berlusconi’s party, and served one term as a member of the European Parliament.

Berlusconi and Dell’Utri have been dogged by legal troubles for most of their political careers, and both accuse magistrates of persecuting them for political reasons.

Berlusconi was expelled from parliament last year after being convicted for tax fraud and handed a four-year sentence, commuted to one, that he is serving doing community service.